I popped out to Bruce's last night for a bit of AirWar C21 that Bruce had adapted to WW1. he pulled out his new cigar box mat and some 1/700 Tumbling Dice planes and we were off. I drew the Germans with a pair of triplanes and two early Albatross. You can see the allies come in at the top of the photo. The initial contact saw me able to double team one of Bruce's planes (dumb luck, but I will take it). The fight then broke up into two furballs. 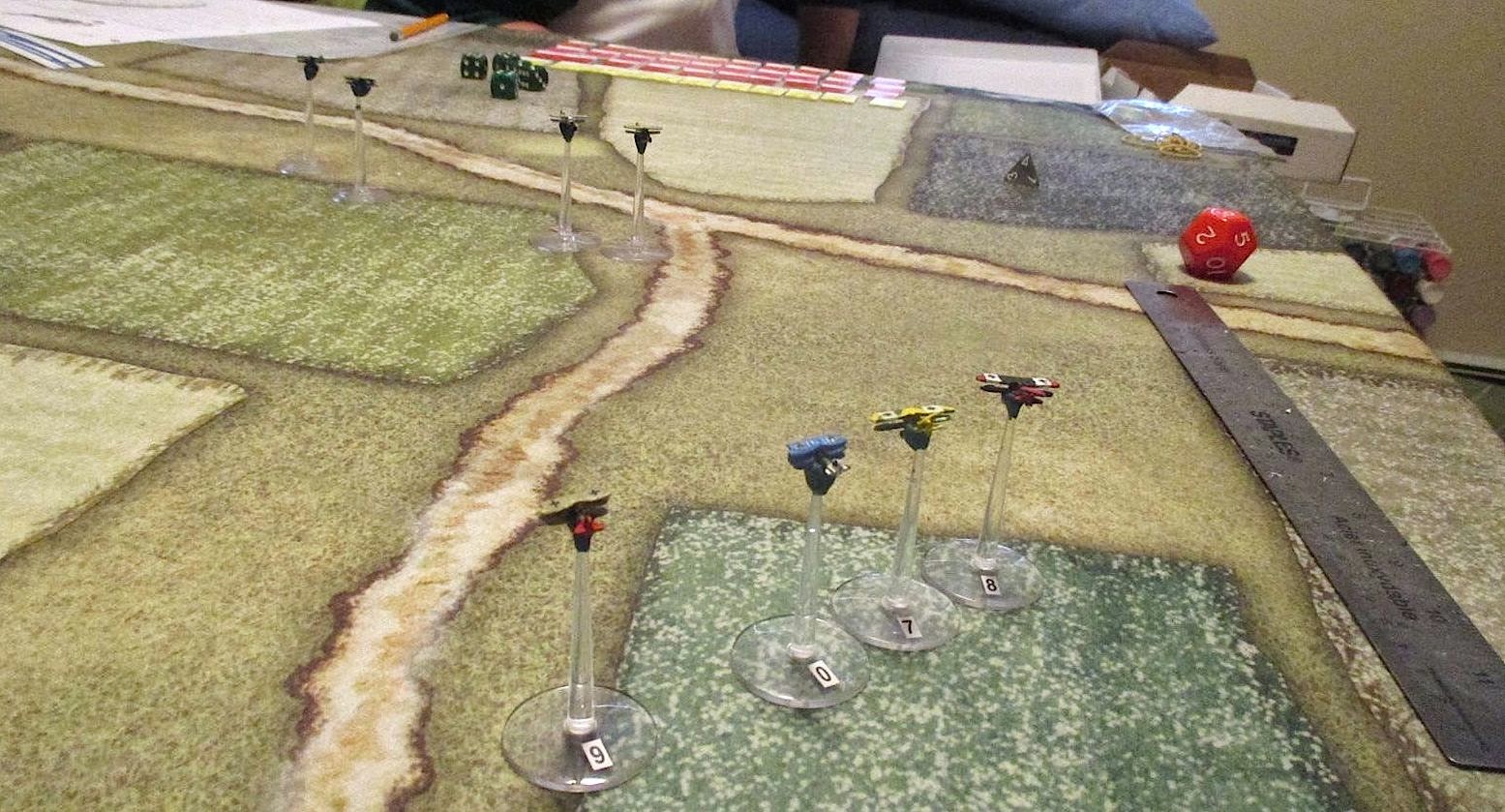 Bruce's pilots had some trouble with their maneuvers and one of then bought the farm eventually, although one of my planes was badly damaged in return.The other dogfight saw a head-to-head flypast with one of Bruce's planes catching fire. One of my triplanes managed to get in behind and a second allied plane went down and we called it. I had two damaged planes, limited ammo and was in no condition to catch his remaining fighters.

A fun game. Simple enough that two of use could run eight planes between us. But enough grit you had think about what you were doing. The absence of explicit altitude (built into some of the manoeuvre cards) was a reasonable compromise.

Up next: Working on more superhero stuff (will post some this weekend), including a bunch of buildings to finish up the streets of Gotham. Hope to visit a train store on Friday to get some road signs and fences.
at 3:21 PM