Chris dropped by last night after a long week for some DBA. He brought both armies: a Museum Miniatures Marian Roman army and a Corvus Belli Ancient British army (both painted by yours truly).

We managed to get two games in around the conversation and I think both were Roman victories. 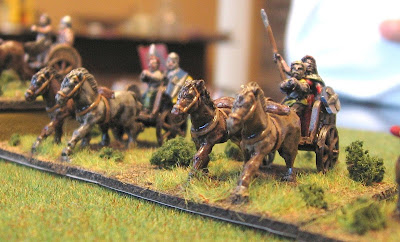 In game one the British warband came forward than stalled without enough pips to double pulse into contact with supporting chariots. So the warband came on by itself. It managed to punch through the first line of Romans but was quickly isolated, flanked and dispatched. 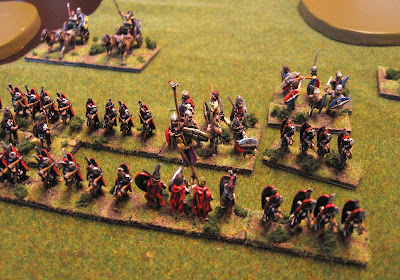 Game two saw some tough pip rolls for the British. They managed to pull the Roman line apart but with only one or two pips could never quite manage to mount a coordinated attack. ARRRGH!

All good time in any event. 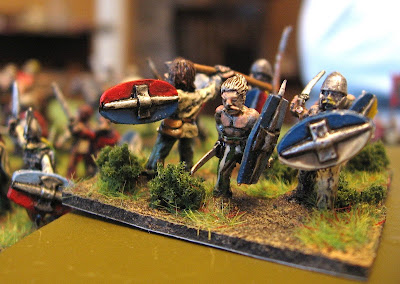 Up next: 15mm Rus are painted and washed so I will work on basing them this weekend. Then some 28mm Roman cavalry require attention.
at 2:11 PM