Bruce hosted another playtest of his Napoleonic block game. Some new rules about commanders were introduced which were a big improvement. 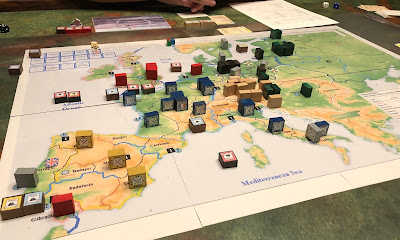 There was also an option for running a military-only set of shorter games (basically the diplomacy is pre-programmed). This made the game more accessible (especially for someone new to the mechanics) but isn't quite as interesting as a fuller game with diplomacy (which is also an option). 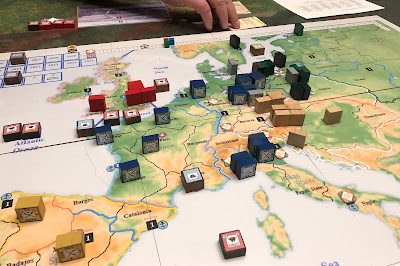 I don't recall who won (I think Russia) but Britain and France duked it out a lot. Some good additions (a battle board to make it easier to sort out the combat). 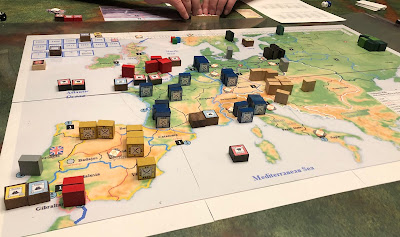 Looking forward to seeing this one go on kickstarter.
at 9:58 AM