We play tested Bruce's Napoleonic game again (the full rules this time) on Tuesday. I drew France again and led it to a terrible defeat. 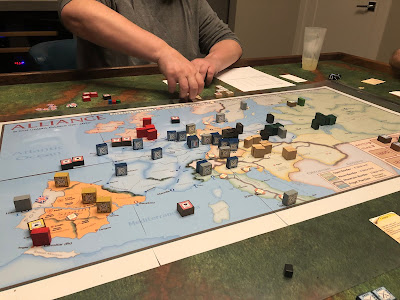 I had a tough first hand (one campaign card and lots of useless event cards) and then I rolled poorly. Then I decided to buy ships in the hope of getting across the channel and bagging London before the game turned against me. (This did not work as the English Navy was nasty!) 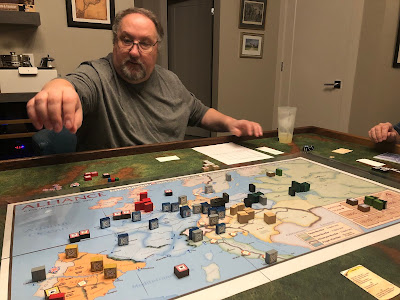 The cards came around for me in turn two but I could not decisive defeat the Prussians and then the dog pile started. 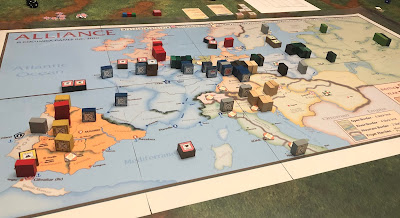 By turn four, I was out of troops and my two capitals were occupied.

The playtest was good (all mechanics worked) but man, is it is say to lose as the French in the first two turns of you play poorly!
at 6:00 AM

It is looking really good. Seems like a lifetime ago that the design work began. Based on the copyright, is it being published this year?

I'm not sure what is happening exactly but my sense is it is moving towards publication. Hopefully this year.