Bruce popped over on Tuesday to tryout my new gaming table in the basement. I now have enough room to comfortably set up a good 54mm AWI game. I selected the first of the Brandywine scenarios from the new Tricorne expansion. 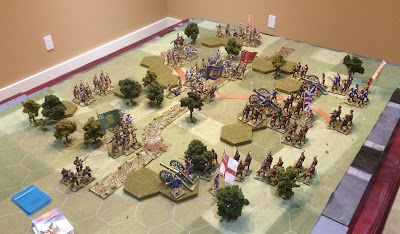 The gist is Washington thinks Howe has split his army and decides to launch an attack across the Brandywine. Surprise: lots of red coats here. The scenario victory is six banners. The Americans get get easy banners by getting units across the river and taking hills. The British can get easy banners by securing fords and bridges. 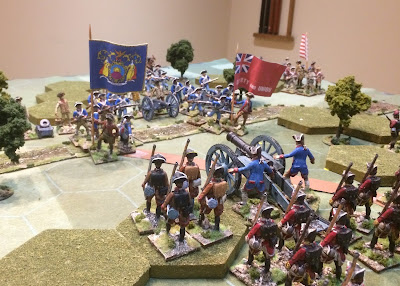 Game 1 saw the Americans surge across Brandywine Creek in the middle (tactics being dictated by cards). 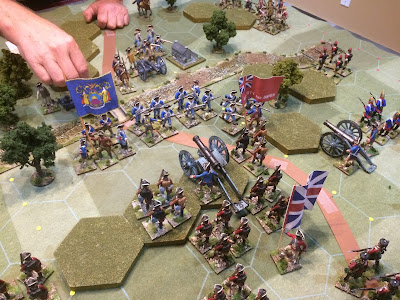 The rebels had a good bit of luck at first, pushing the Brits back. 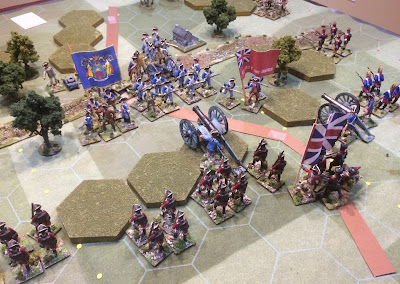 The Brits responded by sending in the Highlands to rout some rebel scum! 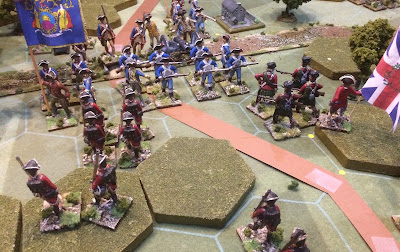 Eventually, a line command stabilized the British front but both sides had five banners. 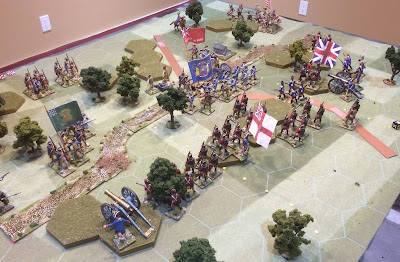 The dastardly rebels then charged across on the left of the photo below, capturing a gun and a hill. In this turn, both sides exceeded their victory point totals but the Americans had more banners so it was a 7-6 win for the rebels! 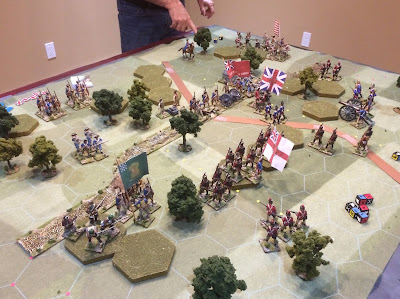 We switched sides and re-set. 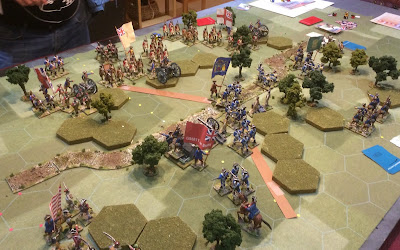 This time the rebels started with a flank attack (driven by cards) and rushed across the river, grabbing a crossing, a hill and bagging a cannon for an early three banner lead. 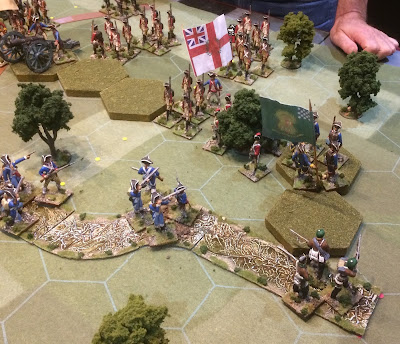 The British reformed and scored a retreat (which triggers the rout mechanics in Tricorne). The Americans could ignore the retreat but probably wanted to avoid other attacks that turn. So, needing one banner (a 1 in 3 chance) on SIX DICE, they took the rout and, of course, failed all six rolls. 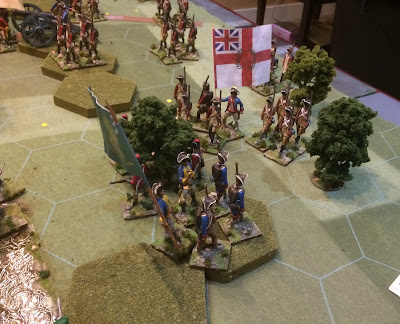 The Americans then pushed across in the centre and the British had terrible morale rolls, losing units. 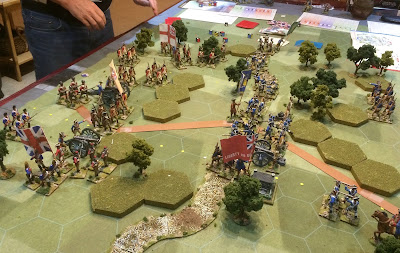 A double push in the centre saw the Americans gain enough Banners for a convincing 6-2 win. I think a win for the Brits would be hard here (which is fine--scenarios don't need to be balanced). The geographic victory points really incentivize the rebels to attack. 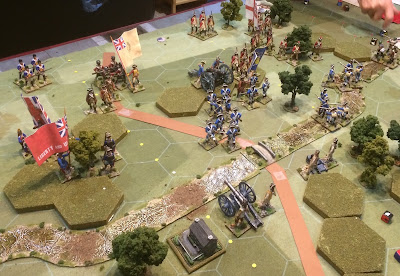 I'm keen to try the other three scenarios: flanking march, main assault at Chadd's ford (basically this scenario with the Brits attacking), and Green's covering action to let Washington retreat. I'm also almost done season 2 of Turn which is whetting my appetite for AWI.
at 5:00 AM