This week, Bruce hosted a game of AK-47 at the club, which helpfully illustrated how dumb luck can overcome good tactics. The defenders were set up at the midpoint of the table, occupying a town, the ridge and the hills on the right of the photo. The attackers came in on the left. 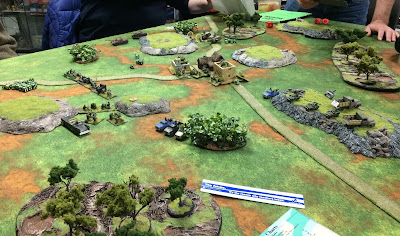 The game was won on points: kills plus control of three objective markers (the penny on the hill plus pennies in the two forests on the far right). 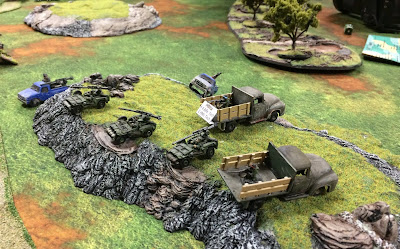 Both sides had a mix of militia and regular foot, technicals, and tanks. The attackers also had a professional air-mobile unit. The picture below illustrates where most of the action occurred. The attackers occupied the first (and highest value) objective while also assaulting the town. The assault  was dumb, tactically and strategically. But there you go! 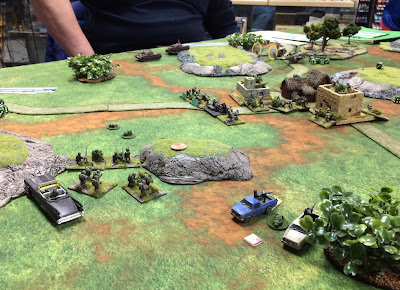 The defenders advanced on both flanks but had terrible dice rolls, both on attack and for reinforcements. You can see the religious leader in the back of the pick-up below, right, urging his troops on. 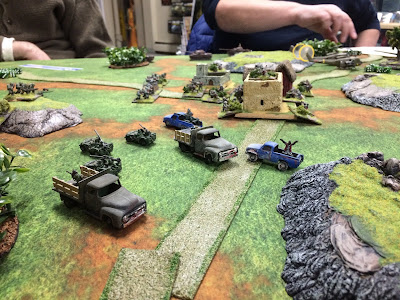 Things were going badly for the attackers here, with the air mobile unit getting beaten pretty badly by the tanks (background of picture) and the main position being slowly enveloped. 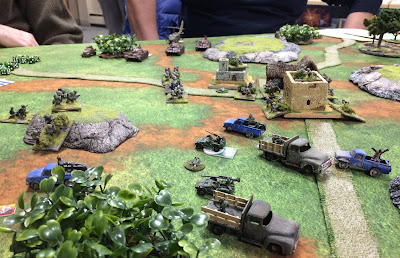 Fortunately, aid arrived on the attackers' flank in the form of three tanks. With the clock ticking down (random end point), we decided to rush the tanks at the second of the objectives. 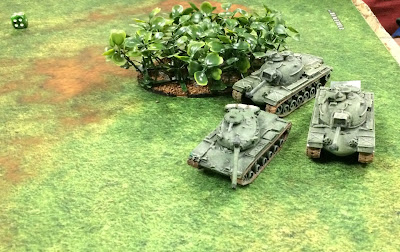 The defenders pushed their tanks in this direction (below) while the attackers used their air-mobile unit to snag the third objective. 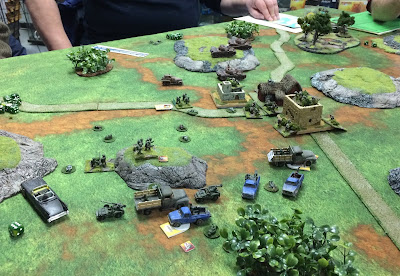 A relatively inconsequential shootout between the tanks saw equal casualties while the defenders flanking force failed their third check and routed. Then the clock ran out with (amazingly) the attackers in control of all three objectives. 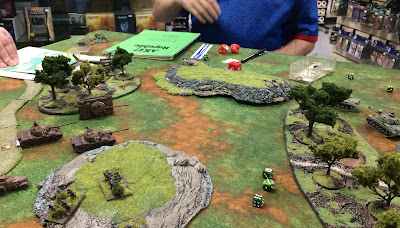 Gotta feel for the defenders who outplayed the attackers the whole game, only to be defeated by dice rolls! A fun game.