Strange Aeons, Look Sarge, No Charts, and The Great War

It was a busy night at the club with three games running. Dan hosted Terry and Chen in a play through of Strange Aeons 2nd Edition. I have no idea what happened in that game, other than the scenarios went quickly. 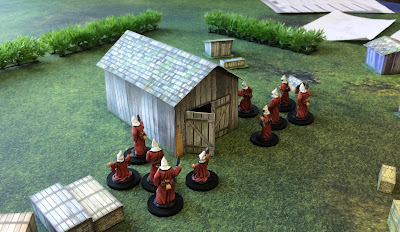 Scott hosted Craig and me in a game of The Great War. I was the British while Craig played the dastardly Hun. Victory was 6 banners and my plan was to push left to gain points through unit kills and trench occupations. 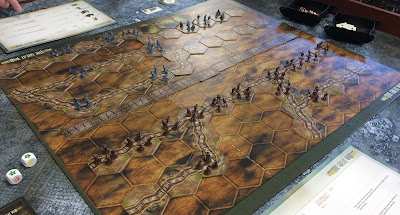 This started out okay for me. Then my hand turned into "right only" cards and Craig played like a mad-man! It was like the Harlem Globe Trotters were Mrs. Wright's Grade 2 class. There were crazy card combinations and terrifying "activate everything" turns and he was always in the bleeding trenches! It was a complete disaster for the British general staff. 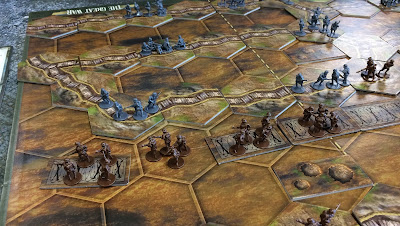 This was the best I could manage in terms of an advance and I was within one turn of winning on points. Then Craig continued with his amazing card play and I was screwed. Good game, though! 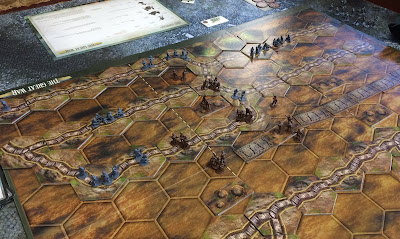 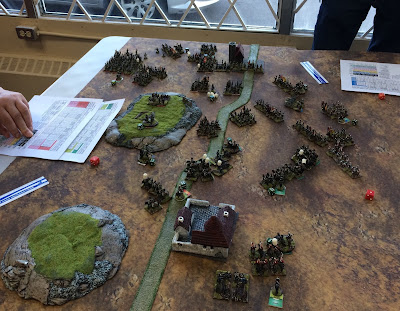 By the time I joined the game, things were thoroughly confused. Bruce's British cavalry had been routed and Richard was attacking (from the right?) while running the majority of his troops off the board. It was quite a show!
at 5:00 AM

Does the Great War use C&C style mechanics?

Yes, basically CCA with supplemental tactics cards (similar to Tricorne) and command chits (like the magic tokens in Battlelore). Innovations include off board artillery and link between using tactics cards and having command chits.