Lions Rampant and some cultists

Bruce was back in town so I swung by Tuesday night for a quick game. Bruce hauled out some 15mm Lions Rampant and ran a scenario I hadn't played. 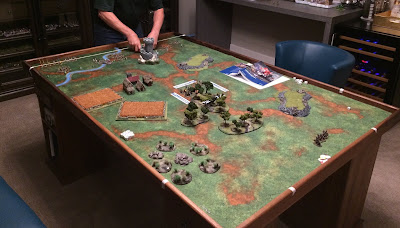 The Sheriff of Nottingham had lured Robin Hood into a trap. Robin set up on the far side of the table and had to escape off either of the near corners. The Sheriff had to split his forces, with some mid-table, some on the escape baseline (foreground), and some appearing behind Robin on turn 2 (assuming they activate). 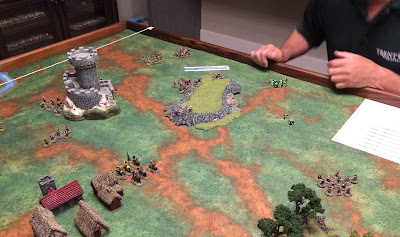 Robin came up the right side of the table, shooting the Sherrif's men to pieces! But then the Sheriff's force showed up behind and rode down a bunch of peasants. 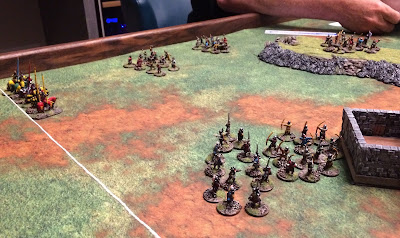 Things got confusing after that with the Sheriff's knights accounting for most of the kills, despite being badly wounded and charging into bad terrain (OVER AND OVER AGAIN!) 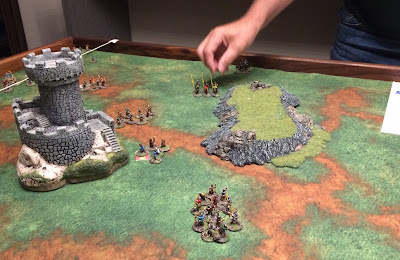 In the end, we figured Robin would have gotten two units off the board, meaning a 6-2 win for the Sheriff. Notably, both the Sheriff and Robin were casualties early on in the game!

Some bad weather also meant I got some painting down. I finished dup three 28mm cultists as well as four columns (Reaper) that I picked up at Red Claw last week.
at 5:00 AM

Yes, this is (I think) a dice tower that Bruce picked up several years back.