Memoir 44 at the club

I hosted a game of Memoir 44 at the club this past week. The first game saw me battle Scott. In the second game, Scott switched sides and Dan took a poke at him. The scenario was from the Memoir campaign book and was early-war. 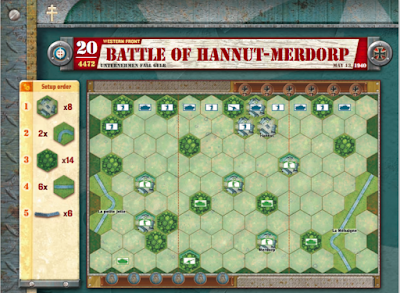 Hannut-Merdorp was the first big tank battle (1500 tanks altogether). I pulled out some 1/7-scale figs to populate the scenario but somehow short the French a tank unit during the first game. 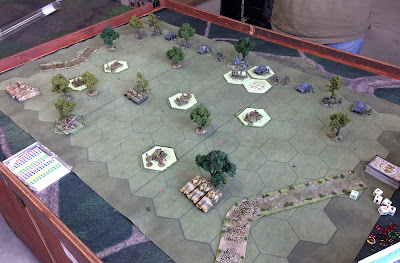 The figures are a mix of plastics and metals, including some of the recent Zvezda stuff and a healthy amount of Esci, Revell and Matchbox. 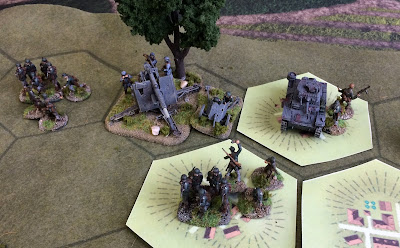 I use figure removal for causality tracking, leaving the biggest base on to the end.  The main German bases below are Zvezda while the single figs are Esci, I think. 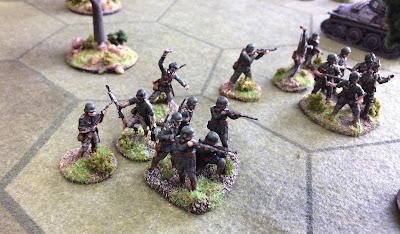 The Germans attacked the French left while the French chipped away on the right. The Germans on the left made some initial gains, isolating the French units in the towns. 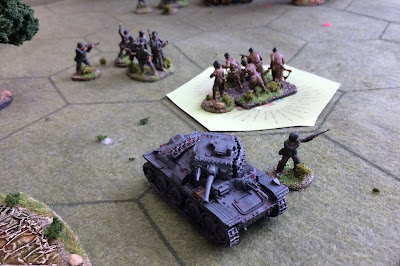 But then there was an armoured assault by the French and Germans were routed. Combined with a bunch of small wins on the right side of the table, the French won 6-3. 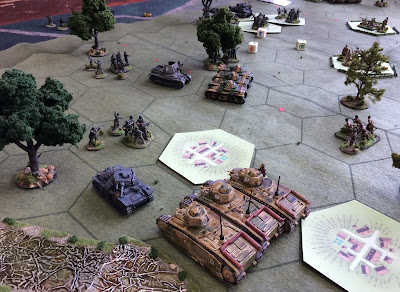 Game two saw the French at full strength and the battle started on the right side of the table. The French cleaned house here and then turned the German line for another 6-3 (I think) win. 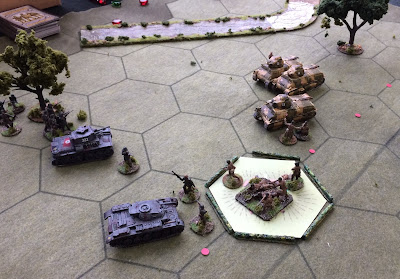 Thanks again to Red Claw for hosting us and to Scott and Dan for playing.
at 5:00 AM