I got a bit of time in at the painting table over the holidays. I finished off the last of the HO-scale buildings that I picked up in October at the railroad swap meet. I picked up this one because I liked the water tower but did not realize that it was an N-scale building until I got home and got to looking at the doorways. 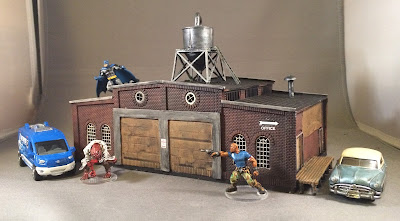 Fortunately, windows are basically scale-less so I added two big roll-up doors at the front that are HO scale and painted it anyway as a small garage or warehouse. 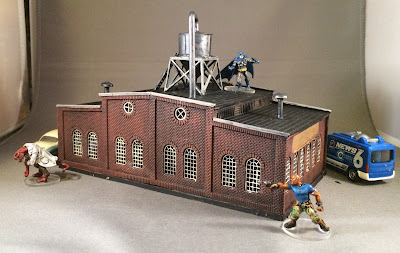 We got a few new games for Christmas, including Forbidden Desert, Love Letter, and Pandemic: Reign of Cthulhu (all of which we've had out several times). 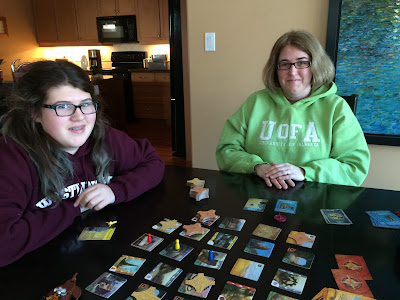 I also finished the tiny Federation fleet I started this fall. There are 22 (?) ships in all and the painting was fiddly. This was my first time trying 3-D printing and it effect was pretty good. 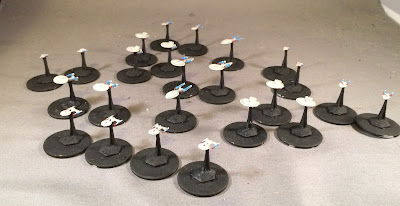 I added in a 54mm figure for scale in the picture below. I'm onto the matching Klingon fleet right now with all of the ships base coated and the nacelle details done. I'm going to try a more elaborate paint scheme on one to see how that looks. 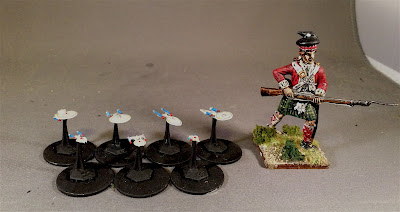 I had a very hard time getting a sharp shot of the finished ships (which are quite slick) but I noticed that the video function on the camera did a much better job up close than did the photo function. 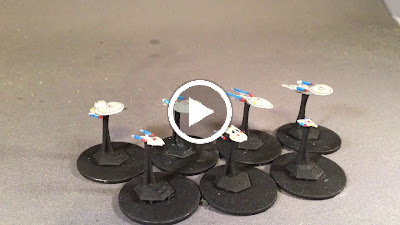 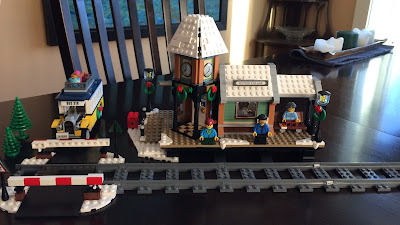 Up next: I'm hosting a game today and it is club night this week so there should be pictures of that. I'm also working on more 54mm AWI provincials and some 25mm figures I got for Xmas.
at 5:00 AM