Jess and I managed to get some gaming in on the holidays and actually won a game of Zombicide! 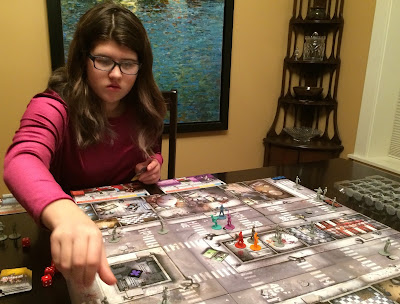 I also got in some time at the painting table. A few years back, I decided to paint the various Battledore 1st Edition figures I had. In part, that was to spiff up my Battlelore games and, in part, to use the figures for other 15mm fantasy gaming (such as Dragon Rampant).

After I finish the project, I noticed I was short on goblins and dwarves and have been on the look out for additional troops (and troop types). I found some discounted boosters at Mission Fun and Games a few weeks back and bought two packs of goblins.

These packs added some heavy foot with spears as well as some light missile troops. There were also some drummers which would do as command figures. Overall, a good deal!

These guys significantly added to the various sculpts I have already and beefed up the army numerically. I may return for more. I also keep looking for a decent price on the Battle of Westerros figures but have yet to find any that make me want to bite.

Up next: Some 54mm AWI gaming, I think! And probably some more 54mm painting as well.