We had 11 guys out at the club on Tuesday. Bruce hosted a game of Pulp Alley. 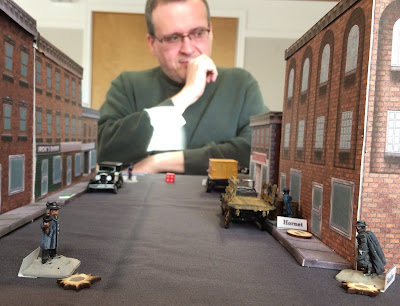 It was escort Mr. Big, with the cops and some supers having to tangle with the gangsters. Terry and I both got whittled down pretty quickly. 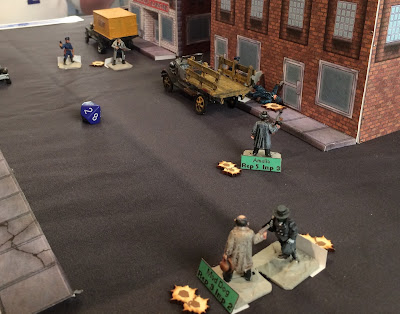 Craig spent much of the game collecting plot points in order to slow Mr. Big. He then boogied across the board to interrupt the last few moves of Mr. Big. 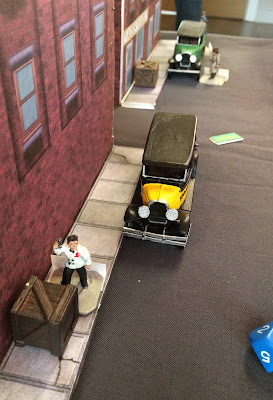 This was pretty much the end game with Mr. Big stalled a fe winches short of the board edge. Great game. 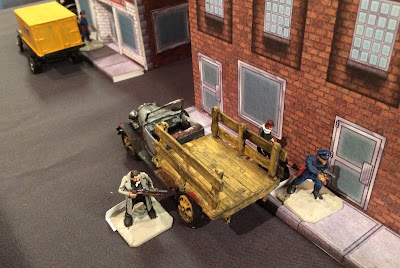 Dave and Scott played a Norman-Saxon game (no idea of the rules). 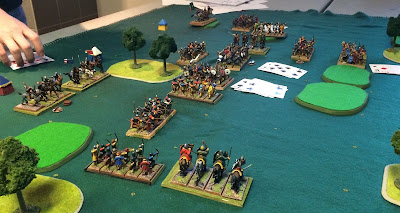 Elliot and Kevin played what Kevin described as the worst game of Drop Ship Commander ever (Elliot was enjoying himself, though). 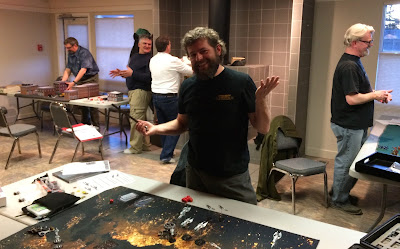 And Chen and Dan played a VSF steam punk game I missed the name of. Very cool toys, though. 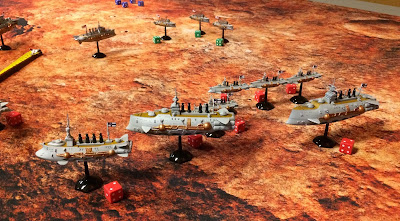 Dave and I were playing To The Strongest or as it should be now known "Scott Sucks at Cards Too".

Sorry dude. If it helps, it sounds like Kevin received a thrashing.

Scott shouldn't complain too loudly, he just reaped a ton of xp in our last Frostgrave game by sitting back & killing wandering monsters!