We had 13 guys out last night, which was a good turn out given the nice evening and the start of holiday absences. There were four guys playing Warmahordes. There was also a bad "hitting the floor sound" which turned out to be dice, not figures (whew!). 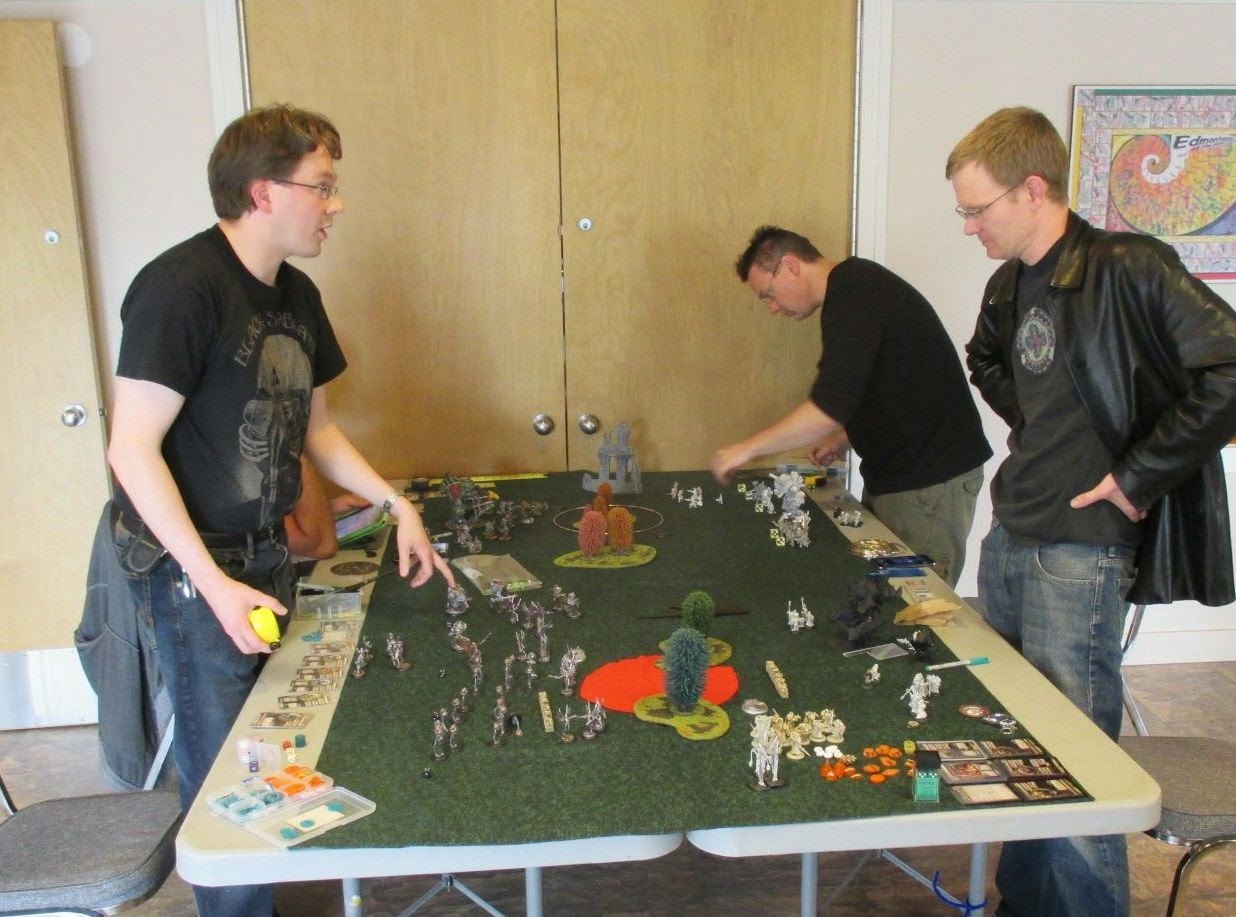 I played a game of Zombicide with Andy, Craig, Scott and Terry. I was excited to get Wanda, whose roller skates gave her additional movement. She also eventually got tooled up with some pistols and became the willy jeep of the group. 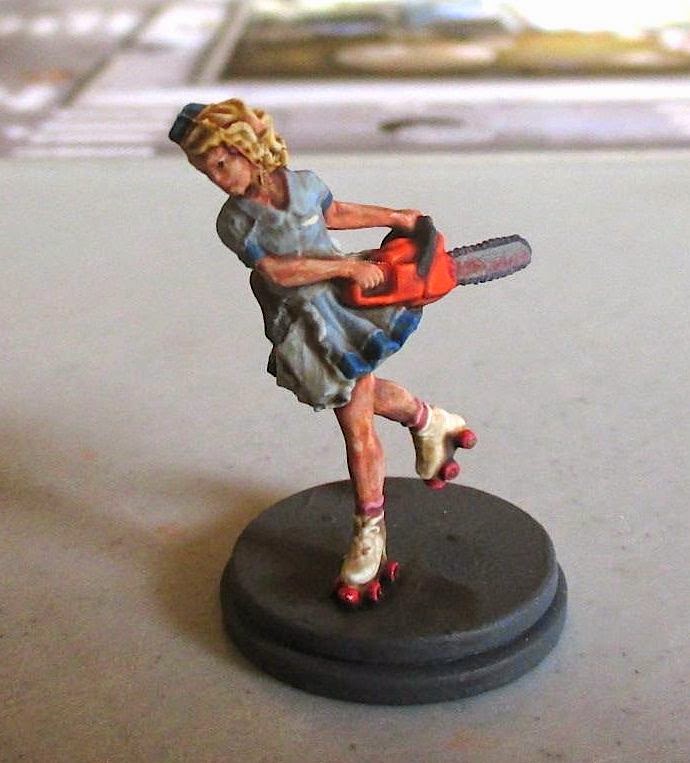 This was one of the better Zombie games I've played--some interesting colour and options. Below, the board, just before things got bad. 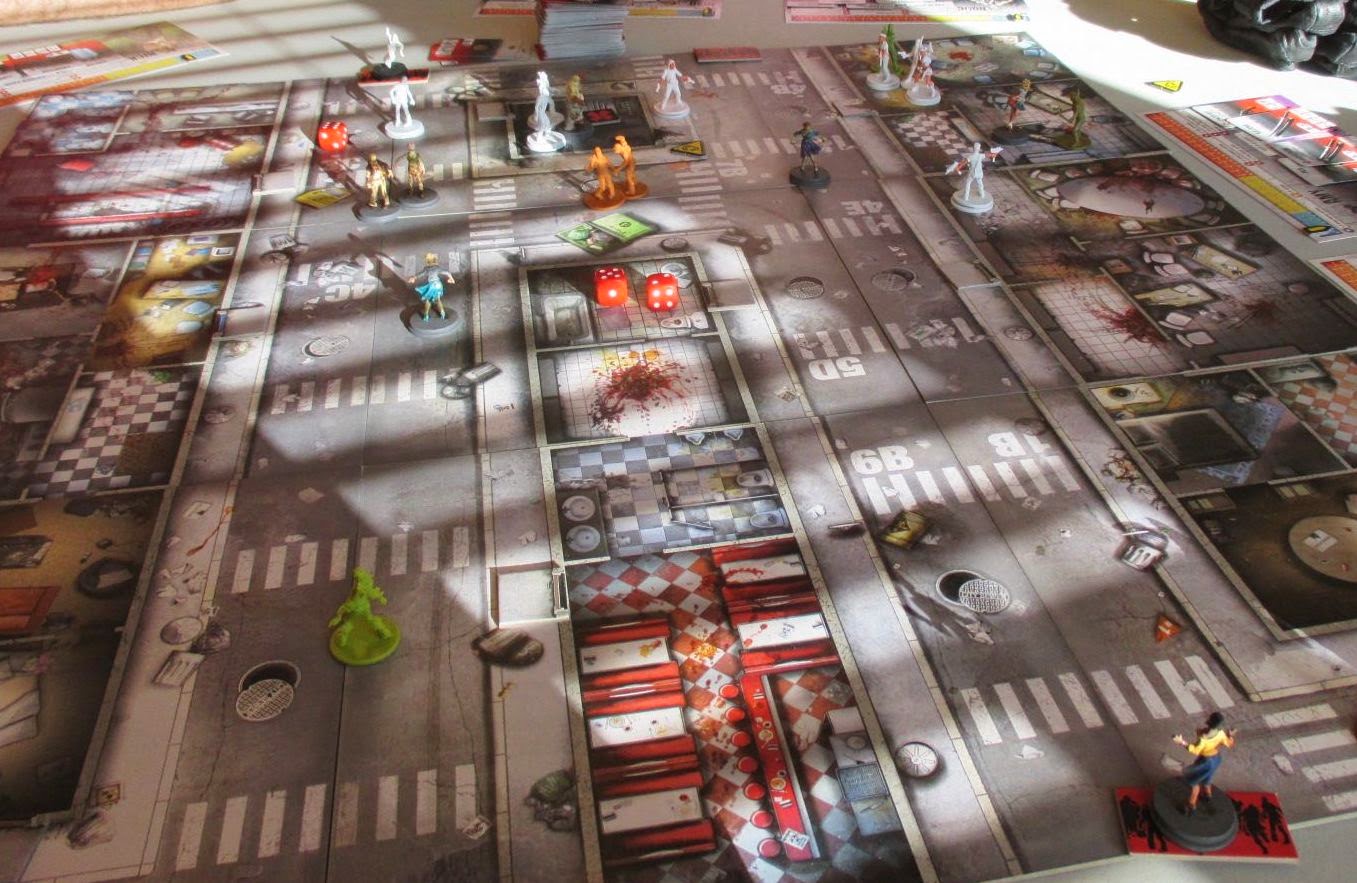 Larry brought out a game of Samurai Battles using the Borg rules. This looked pretty good. 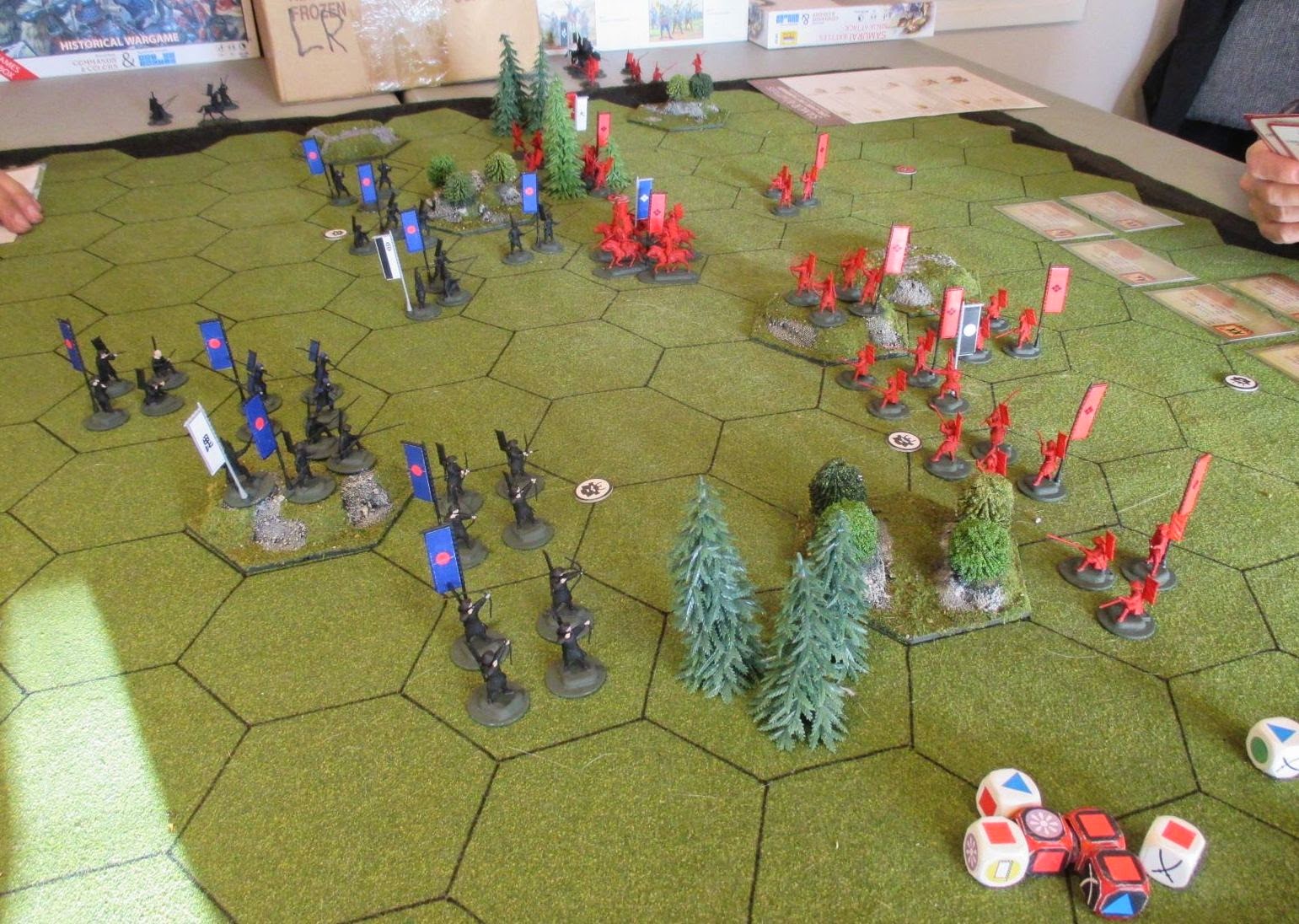 Finally the Zombie crew played a D&D game Craig brought out. Here you can see Terry's troll about to smack down Scott's dragon (which my guy is shooting in the ass). 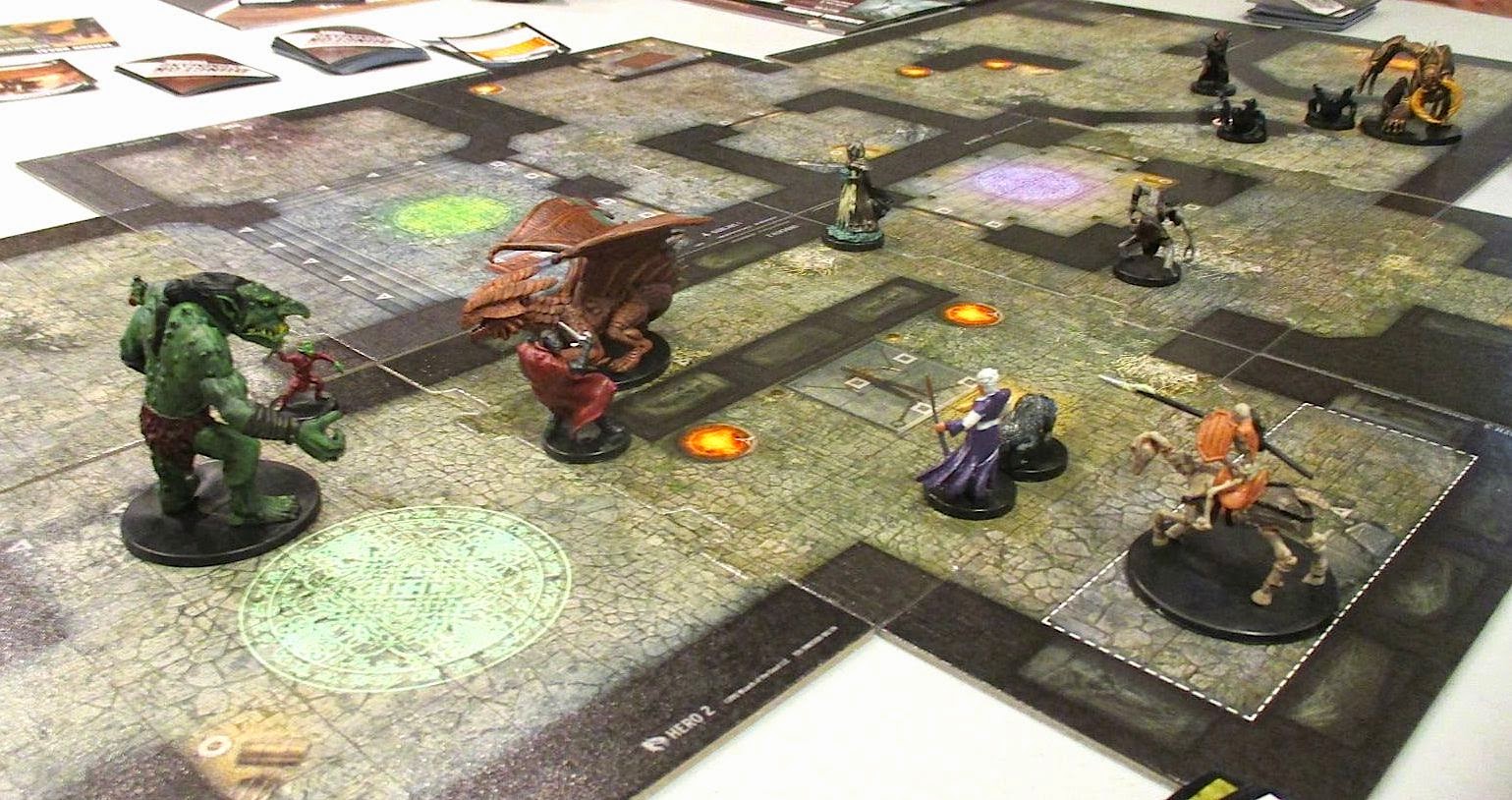 HAH! The sun shining thru the blinds makes it appear there is a huge pedestrian crosswalk over the board, very nice effect. Glad you enjoyed the game of Zombicide, will have to bring it back with a more difficult scenario.

I need to get my hands on those Borg Samurai rules and bits.