My autumn 2014 project is going to be some 1/72-scale WW2, focused on France 1940 so I can play the Memoir 44 campaigns in the first (now out-of-print) Memoir campaign book. As I wait for some French to arrive, Dave picked me up a Zvezda 88mm ATGs.

This was a lovely kit to assemble and I'm looking forward to the second one. It took about 30 minutes to build (mostly waiting for the glue to tack-up before putting on the next piece). I sprayed, dry brushed and then dusted. 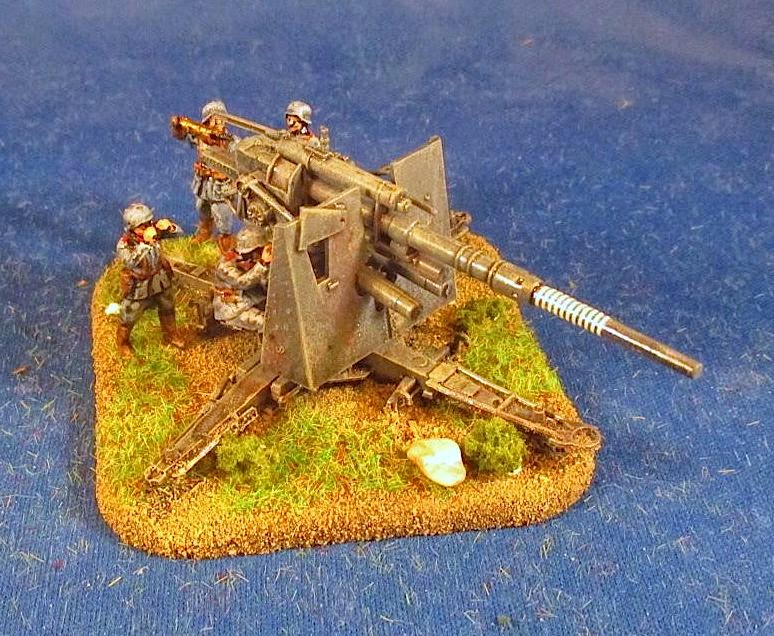 I'm not sure the colour is perfect--I was going for weathered Panzer Grey rather than a factory finish. I spent a fair bit of time applying rust washes and I see these largely disappeared under the magic dip.

One of my thoughts is assembling forces is that each unit would comprise a dioramic base with extra (individually-based) foot soldiers accompanying it to allow for casualty removal. I think this will look nice and also reduces the amount of kit I need to build. 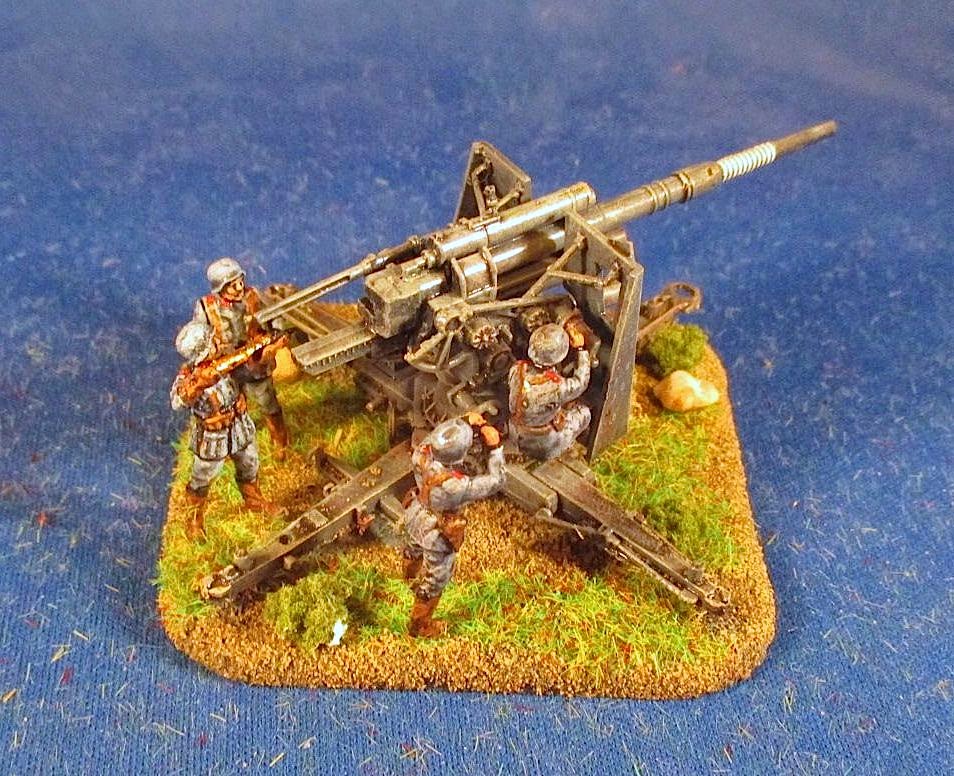 A second thought was that the units didn't have to perfectly match (since Memoir is pretty abstract). So I tried to paint these guys up as a Luftwaffe unit (with blue-ish uniforms) while the next unit will have more traditional greenish infantry uniforms.

I may have overdone the highlighting as blue turned distinctly towards grey (it has been awhile since I've done any WW2 modelling). The kit also helpfully came with a few decals, including in the one I applied to the barrel. 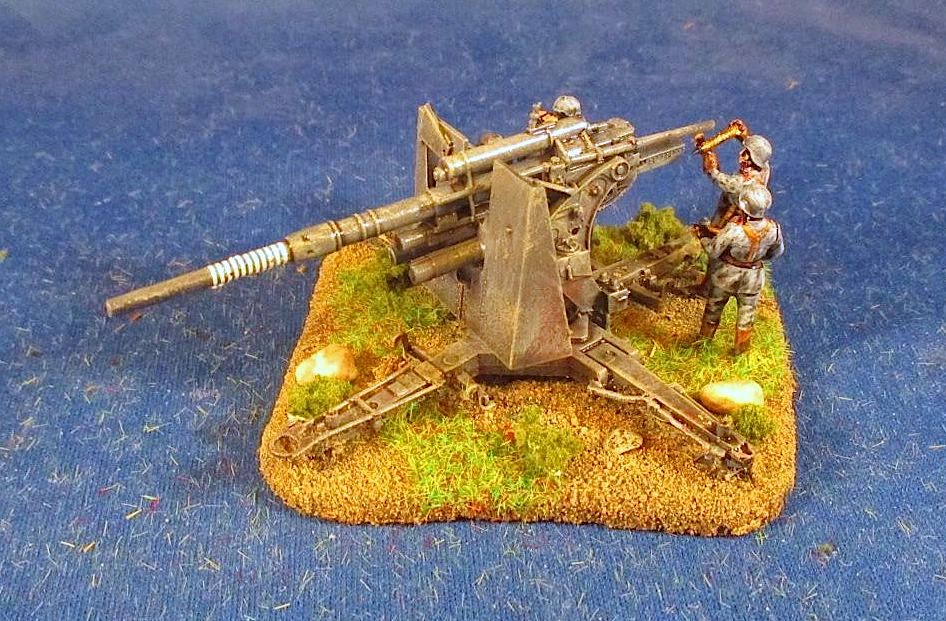 The Zvezda infantry and guns offer a nice diorama base for units so I picked up a few more locally and have three guns sitting on the back deck built and sprayed.  These include a 37mm ATG and a pair of different howitzers.

Up next: Likely some more German guns and then perhaps some infantry and tanks.
at 6:34 AM

I've got a soft spot for the Zvezda models and have enjoyed making a few in a similar fashion to what you describe. They are yet to be used on the table top. I also haven't done their 88 model (I think it is one of the $15 kits - I've just been doing the $5 ones).