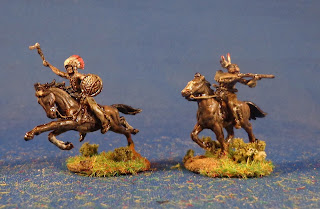 They look very good. The miniart germanics...some of them could make good vikings/saxons.

What colors do you use for the indian skin tones? Thanks

I use a butterscotch base colour, a very small highlight with a peach-flesh colour and the a darkening wash to mute the highlights and shift the whole colour down a few shades.