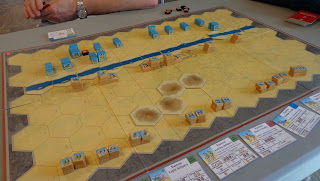 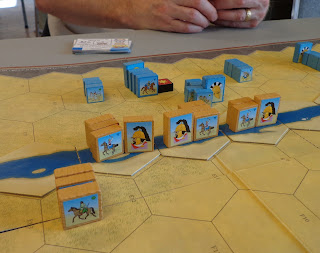 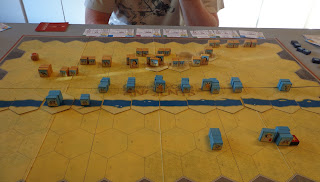 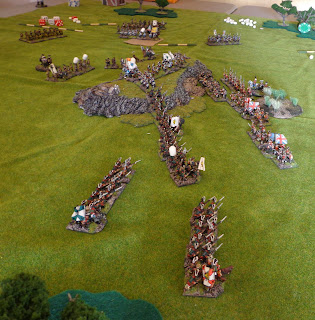 Up next: I am making slow progress on some 1/72 Germans as the nice weather keeps me away from the painting table.
at 6:34 AM

Yes, Bruce has done a nice job with the figures and the terrain. Playing a four-player game gives you a lot more troops to work with and the real sense of a battle with wings.