A few weeks back a fellow on TMP was trying to move a bunch of hex-shaped villages he had sculpted and cast up in resin. They are on 4" hexes and I'm a sucker for hex terrain.

$60 later, a package arrived with 11 villages: 9 towns and two villages. Other than a coat of primer (perhaps tomorrow at lunch), these guys are pretty much ready to paint. 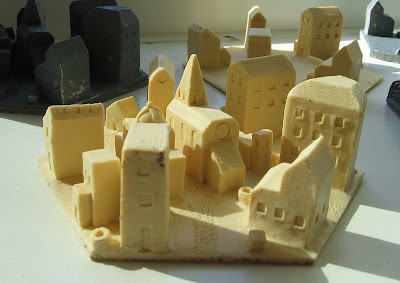 There are also three sets of walls, which will be handy as camps in CCA. 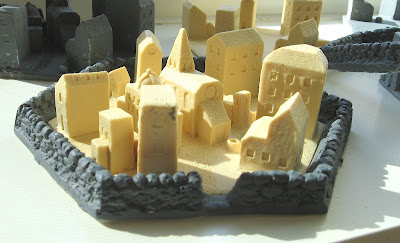 They also fit around the town to make them fortified. 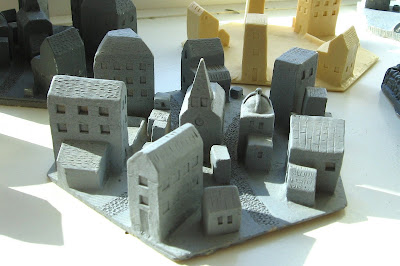 With a Napoleonic version of CCA in the offing, I think these will be a handy addition to my terrain collection.

Up next: Grueling painting of a 15mm Carthagainian DBA army continues. Well, I'm having a good time, but trying to go slowly and do a nice job of them. Club is also tomorrow night!
at 3:07 PM