I popped by Brice's for a rare Saturday evening game of Napoleon the Waterloo Campaign block game by Columbia. Although the original dates back to 974, the verison we played was the most recent. 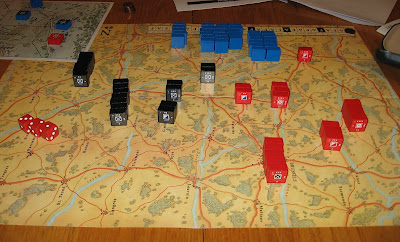 This is the main set up, with the Prussians (black) and British (red) facing the French (blue). Production values are high and the map is nicely done. Here you can see my defence of Brussels. 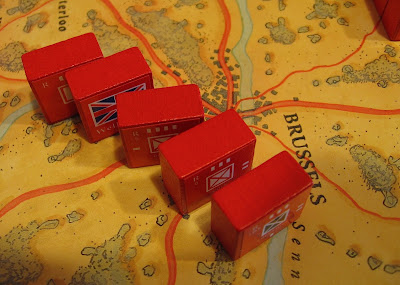 We played a fairly straight forward game with the first few turns being about consolidating forces leading to a clash in the middle of the table that Bruce (more verse din the rules than I) ought to have won. Fortunately, he had his usual luck with the dice. 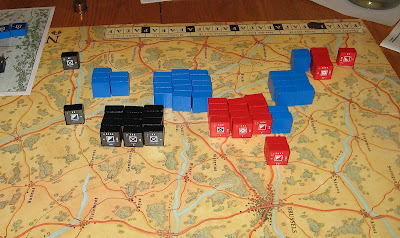 While he did beat the hell out of the Prussians, he took some serious losses. I love the simple battle system: something like miniatures but using the blocks and a battle board. What this eventually set up was a French rush on Brussels and Ghent while I scrambled to deal with it (all the while my blocks disappearing because my supply lines were cut). 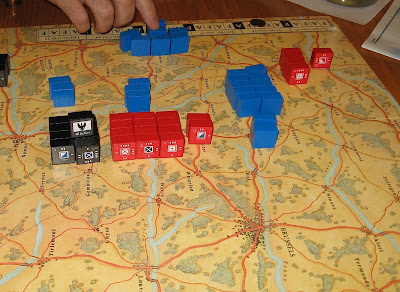 I managed to eventually bring the British army (reinforced by the remains of the Prussians) and won a convincing victory in Brussels.

Up next: Some terrain, some 28mm Roman triarii and perhaps some dwarves.
at 12:02 PM