Back from a few days in Calgary visiting family and generally trying to forget about work. We had a lovely time. A desperate search for a public washroom led us to the Military Museums there and we had a nice hour touring about. Things are much expanded since my last time, with the addition of the Naval and Air Museums. 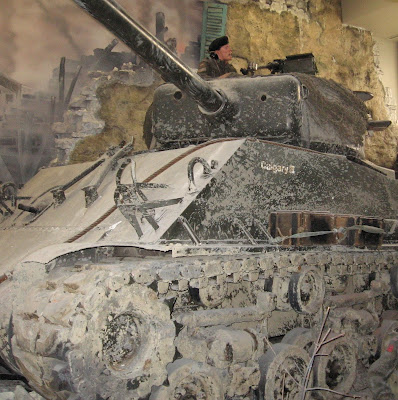 The dioramas were realistic enough to freak my six-year-old out a bit. And it was cool to be able to climb up beside a Seafire and a Banshee (great plane name, btw). 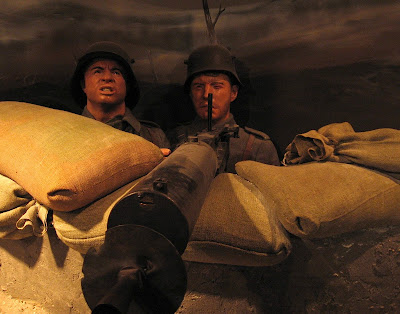 I'd like to go back another time when I could wander at length and engage the staff in conversation. Neither my daughter nor wife was interested in much beyond a basic identification (torpedo, carrier-based Spitfire, flintlock, vending machine). 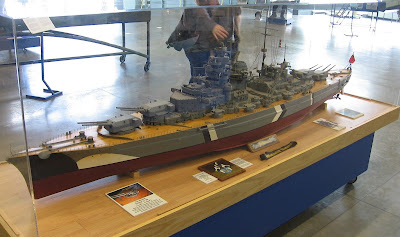 I did manage a trip to the Sentry Box and picked up a few items some fellow's requested. I also bought a couple of books and even a box of HaT figures that might work for US troops in the War of 1812. This box got a poor review for pose quantity in PSR, but I think it is a perfect gamer box--every pose is useful and the multiples allow good formed units to be represented. 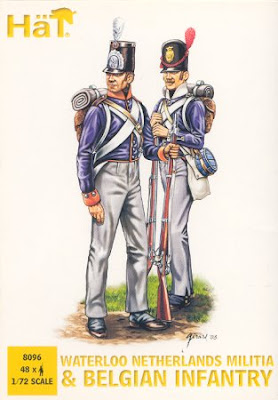 In Kananaskis we also took a quick tour of the remains of an officer POW camp. A pretty cool trip!

Up next: 15mm Carthaginians if I get the lead out this weekend (so to speak) and club night is Tuesday.
at 7:00 PM

Is this the Museum of the Regiments? (Or whatever they're called now?)

Yes, that is the place. Expanded since was there two or three years ago. Same vehicle park out front but the interior is much larger.