This is the second set of going figures from Last Night on Earth. They are about 28mm tall but are thinner than most sculpts.

First up, we have Dr. Yamato the chemical engineer, Angela the cheerleader, Bear the biker, and Maria the bookworm. Dr. Yamato is one of only two non-white figures of the 35 that I painted up. I'm not sure what to make of that. Perhaps people of colour are generally too smart to try to fight zombies? 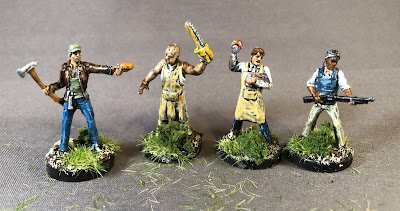 Next up is Nikki the bush pilot, Sam the diner cook, Kenney the boxboy (throwing cans of soup--maybe the funniest and best conceived pose of the lot), and Detective Winters. 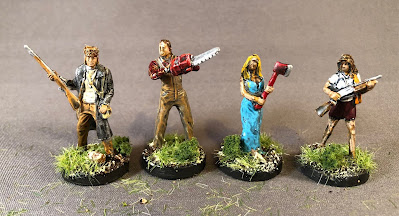 Then we have Jake the drifter (a repeated character), Ed the lumber jack (I tried my best with the flannel), Amanda the prom queen, and Sally, a generic survivor and possible repeated character from an earlier set (why is she wearing pumps?). 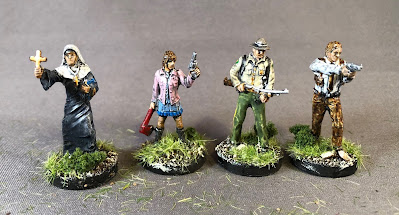 The last of the humans are Sister Ophella, Alice the waitress, Sheriff Anderson (repeated character) and Agent Carter. 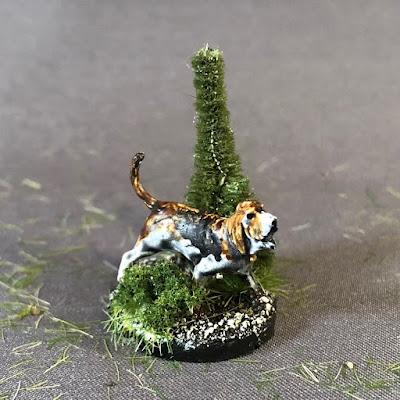 There was also a dog in the set (no name or card) so I painted it up like a basset hound (visually more interesting than other kinds of hounds) and stuck a tree on the base to give it some visual heft to match the others. 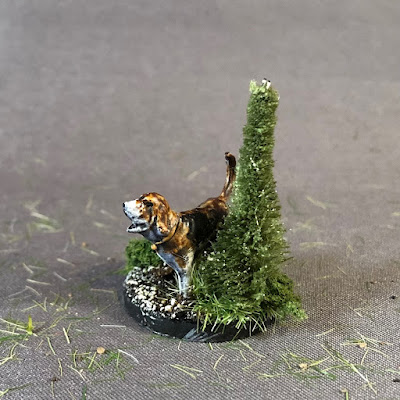 Overall, a fun set of character to paint. Now I need to get back to my to-paint pile for the Crimea.