Bruce and I played another WW3 map campaign by email, this time set in Germany. Bruce, playing Soviets, effectively winning the campaign on the first move of Day 2 (!) as he rushed Column 3 forward and both pinned and bottlenecked half my force. 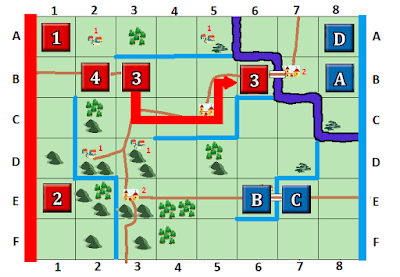 I played out the map game a number of times and there was no good path to victory so I decided to disrupt his attack and hope for the best tabletop battle outcome I could manage. As a result, I rushed forward a NATO unit (B) to disrupt his movement and bag a bunch of victory points. 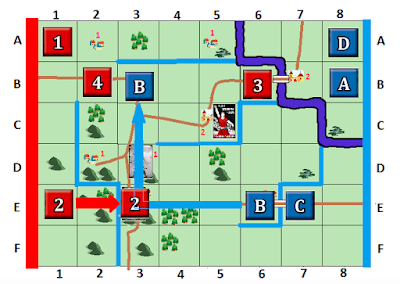 Bruce responded by getting some points back, resulting in a very confused map situation by the end of Day 2. 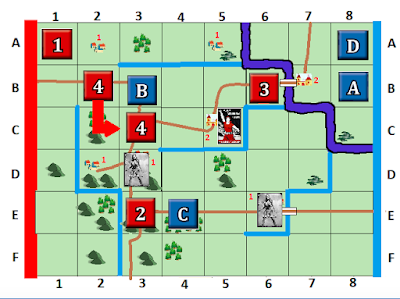 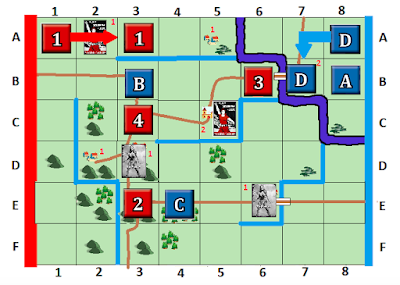 On Day 3, I declared a battle and selected the most advantageous 6 squares I could. We then made our final moves with the units still able to move and Bruce locked up the map game. 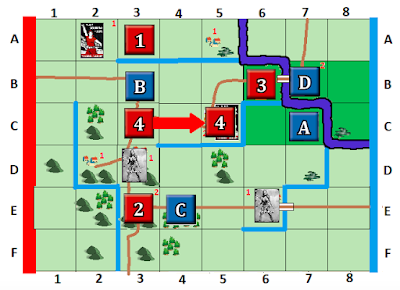 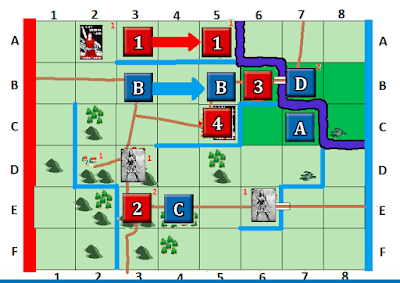 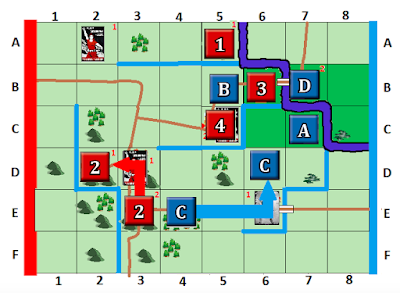 We then switched to deploy our units, sorted out battle plans, and I played out the table top game for both sides. I may even have gotten the rules right! 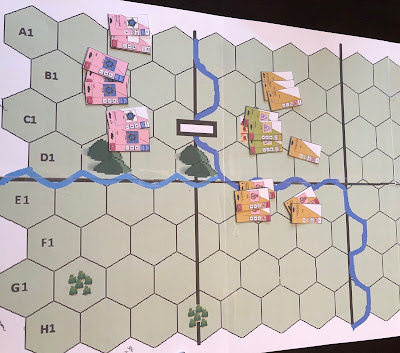 The NATO battle plan was for Team Yankee to grab the bridge while waiting for the PPCLI to come up on its right flank and then coordinate their attacks. The Soviet battle plan was for the recon and T-80 to advance across the river and grab the town while the main force of T-80s waited to fend of NATO reinforcements or for some extra Soviet troops to show up.

NATO had a full 10 Ops for the first turn and decided to expend them all on four tactical moves. Team Yankee moved across the bridge while the PPCLI moved up the right flank. 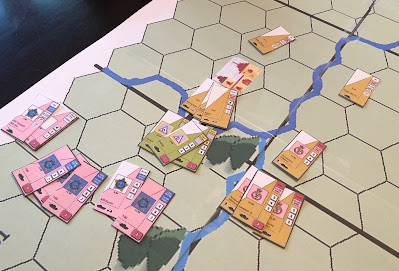 The PPCLI snuck over the stream while Team Yankee attacked a Soviet unit that withdrew. 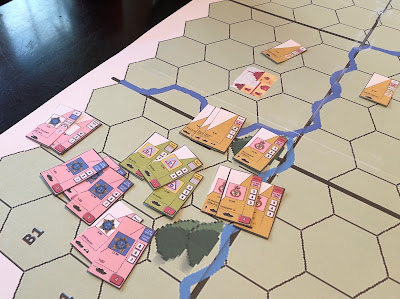 On impulse three, there were three battles. Team Yankee hit the main group of Soviet tanks. The US forces had a shift down plus had a unit driven back before the attack. Both sides rolled 6s and each did three hits of damage. Team Yankee fell back tipped and done for the turn. 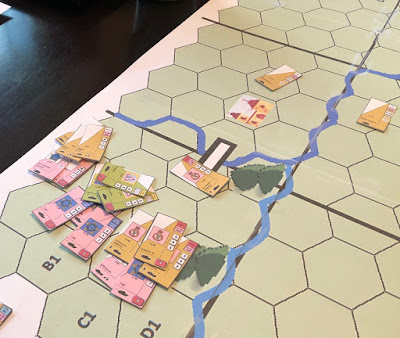 The PPCLI attacked the weaker Soviet stack and and rolled a 5, doing 3 hits of damage. The Soviets rolled a 6 and got a shift up and did 4 hits The PPCLI fell back and tipped. There was also a feint at the Soviet supply base that was easily driven off. 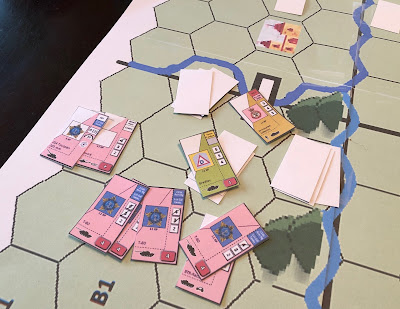 On impulse four, a scratch force (penalized as such) made another attack on the main Soviet tank group. NATO scored 2 hits while the Soviets scored 1 plus an additional hit for armoured superiority. The NATO group moved back tipped. NATO was out of Ops and the Soviet’s had two left but were badly mauled. 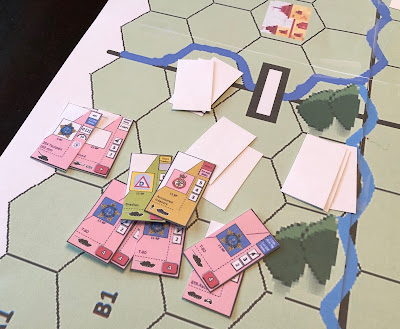 On Turn 2, the Soviets gained 4 new OP points and used some to reorganize an armoured force. Due to Soviet censorship, there were no pictures of the resulting assault (including a helo) on the tipped Team Yankee units. Each side rolled 6s and did 3 hits each. This effectively wiped out the Soviet's ability to attack and initiative passed back to NATO. No reinforcements arrived. 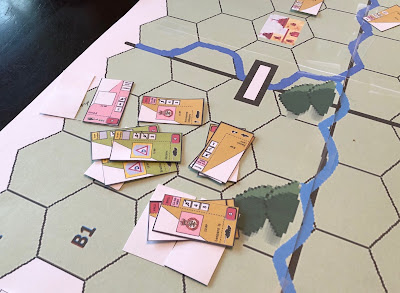 On Turn 3, the PPCLI attacked a tipped Soviet force (Hind plus T-80) and wiped it out. Team Yankee went after the remaining Soviet tank unit and also destroyed it. At this point the Soviets had only a damaged helo and an SP Artillery left so the game was called. 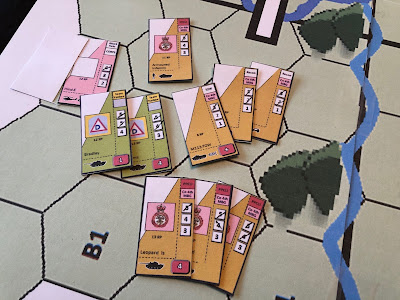 The table top battle was pretty decisive but could not overcome the loss of points in the map game (with a table top victory roll, it was, I think, 8-5 for the Soviets). While the table top game was lopsided, I think that nicely reflected the flexible NATO response of trying to gain local superiority to attrit attacking units and slow the advance?
at 4:00 AM

Great to see the campaign map in action for WW3.
Really evokes the feel of West Germany with grand movements, Soviet Punch and NATO flexibility.

You are really onto something here - it generates a realistic battle narrative for what we read about potential WW3 scenarios. Great stuff!