Voyage of the Pandora and 28mm D&D

So no club gaming for the foreseeable future, but Bruce dropped by a copy of a 1980s solo game (Voyage of the Pandora) at several folks' houses and we're each playing games as we can for glory and in a vaguely competitive arrangement (there will be a winner declared). 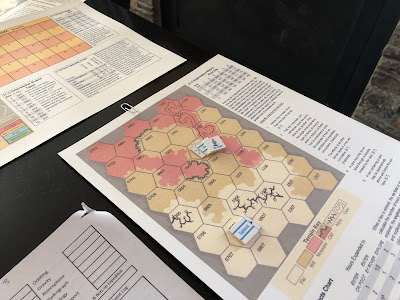 The premise is space exploration, with both interstellar travel and planetary exploration, with 10-, 20- and 30-month options. When (if?) you get to a planet, you put together an away team and explore. Exploration is via a die roll and a choose your own adventure mechanism in the rule book. 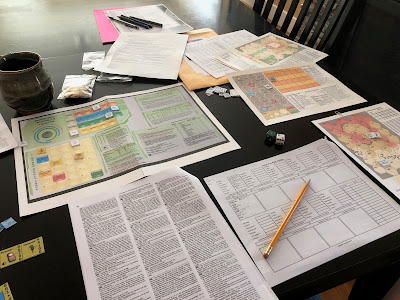 The goal is the most victory points per month. You fight (or capture) creatures, survive events (metal eating ants!), and (allegedly) find artifacts. So far, I've run one 10-month mission and got a whole net 2 victory points! The system is interesting in that it is basically an analog version of a simply solo computer game (e.g., Para 170: if X, do Y and see para 207), 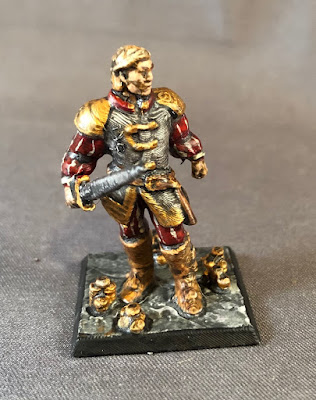 A friend also dropped off a D&D figure for some paint. This is a 3-D printed figure. It is about the same quality as a Wizkids figure. 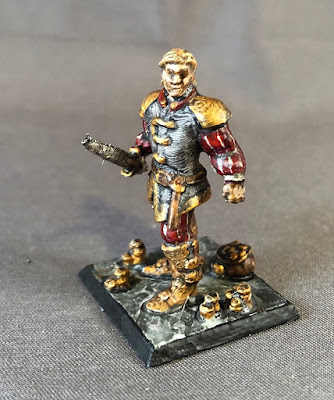 I liked the stash of coins at his feet. I was going for a flagstone floor but ended up with more of a marble effect (which is the flooring one most associates with stacks of gold coins anyhow). 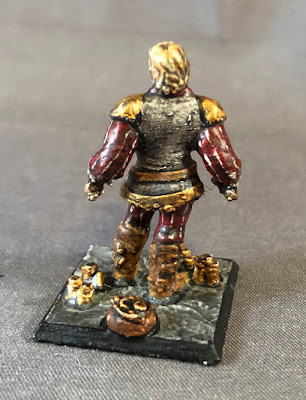 I like the 'Lannister' vibe from that D&D figure!