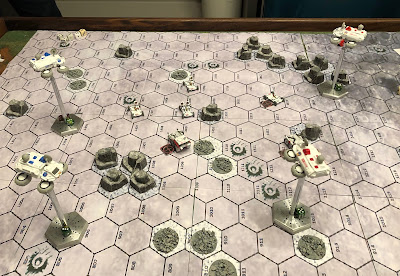 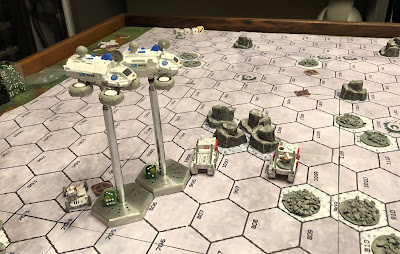 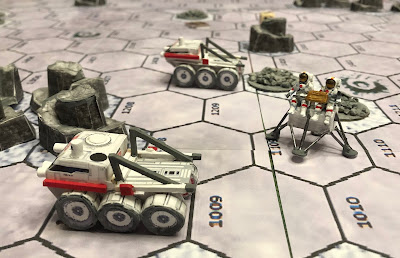 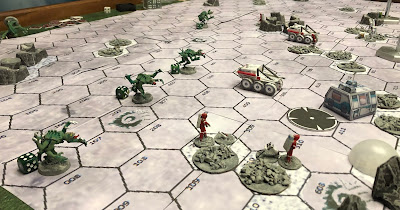 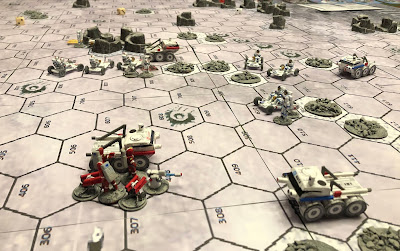 Up next: Some gangsters, maybe a game at the club and then a slew of gangsters and more Zeds. Kind of burning out on zombies so will likely kick the survivors from the Toxic Mall box to next year's Zomtober.
at 5:00 AM

This is fantastic stuff again.
I am completely inspired, and recently both pulled out the old metagaming 'Artifact' and have even been looking for some Airfix astronauts.
Very well done for the setup and pics on this.

Glad you liked it. Bruce has done a very nice job of miniaturizing it. The level of detail is just about perfect.