I dropped in on Bruce for gaming on Tuesday. We played another pair of skirmish games, pitting Osprey's En Garde against Tribal. 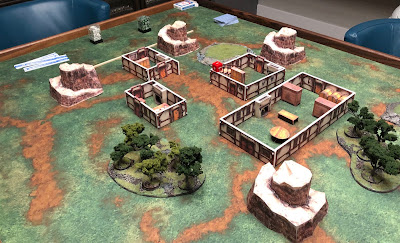 Bruce hauled out some 28mm musketeers for the evening. Both games were "get the Queen across the board" scenarios. 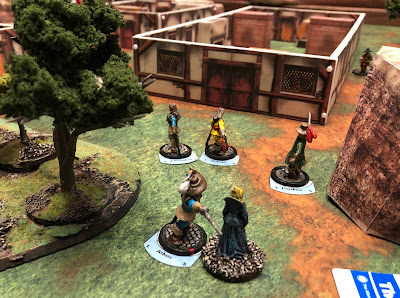 En Garde (basically Rohan) was fun but deadly. There are some interesting planning mechanisms (selected number of attack and defence moves) but the rules are such that the specific moves one uses in combat are almost always the same. 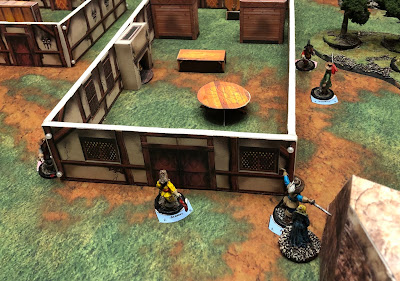 In the end, the musketeers managed to get enough double teams to grind the cardinal's goons to dust. 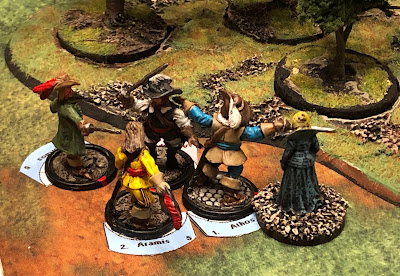 We then played the same scenario with Tribal (but with a better grasp of the combat mechanics). The game was much more fun, with each round of combat being a mini card game. 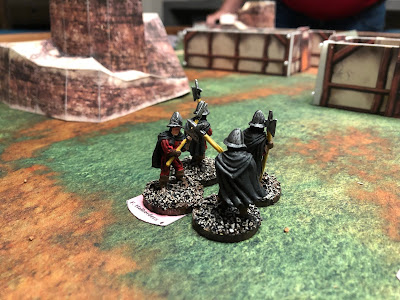 The result was a victory for the cardinal's troops. I was so engrossed I the game that I forgot to take pictures. The different is the decisions required by the mechanics in Tribal are way more interesting than in En Garde. 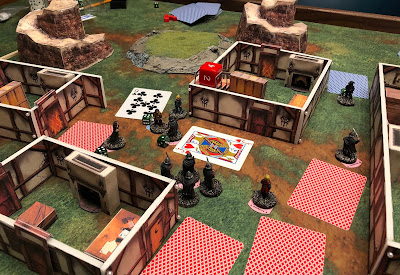 The one down side is that the table get cluttered with cards. That could be reduced by using smaller cards. It is also really at two person game (four players would yield a lot of sitting and waiting while melees were resolved. Both were good games but Tribal was the winner.
at 5:00 AM

Sounds interesting! I have Ronin, but was pretty uninspired by it. Maybe this is what I need to get my samurai on the table.

Tribal is a $10 pdf plus two cards decks. A pretty good deal for that!