So a bit of an odds-and-sods post today. I finished off a 54mm AWI Prussian General. This figure is from an old kids play set so the detail is a touch thin. And basing it (no integral base? on a kids play set? really? ) was a real hassle. That is probably why he sat on the painting table half finished for two years. 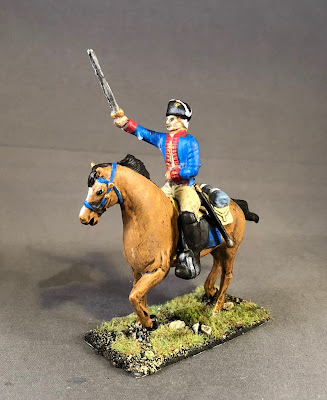 I'm moving into a small commission. A fellow I did some Imperial Assault figures for in 2015 asked me to paint some expansions to match. I started on the Heart of the Empire expansion and first up are three heroes. 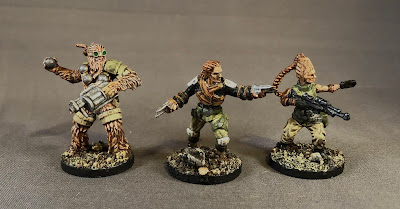 I'm a bit out of the loop on Star Wars but this lady wookie had cool goggles and a lot of demolition charges. 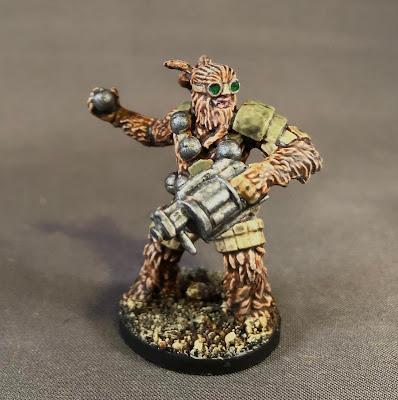 Then there is Star Wars Wolverine with some kind of impractical hand weapon. Clearly no match for a blaster. 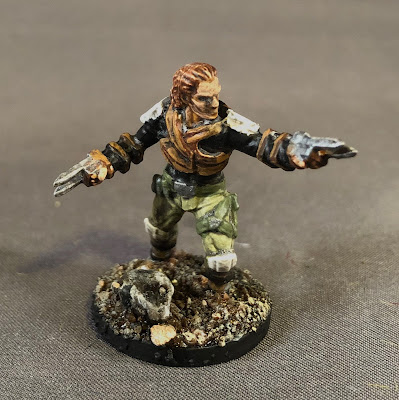 And finally Big Headed lady who actually seems toknow what she is doing. All are painted to match the cards that came with the expansion. 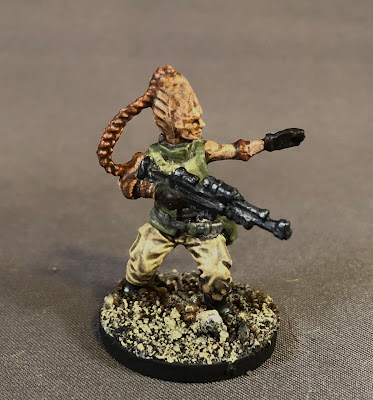 Up next are a selection of imperial troops.
at 5:00 AM

Star Wars minis are perfect? Where you get them? From some Board game perhaps?

Thanks. these are all from various Imperial Assault board game expansions.