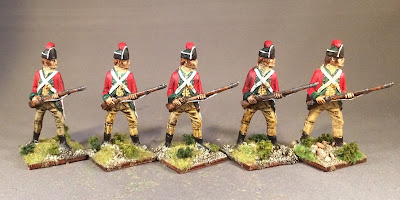 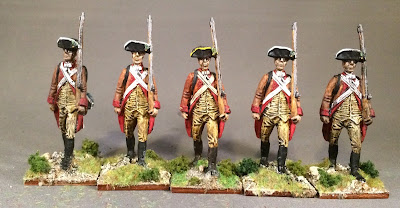 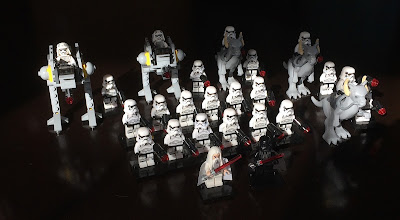 Up next: I've got some more 54's under way: four hessian jaegers and eight Highlanders in kilts. Struggling a bit with the plaid.
at 5:00 AM