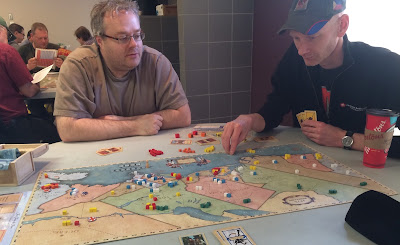 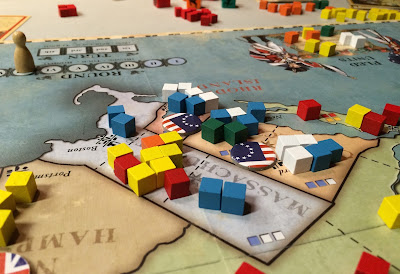 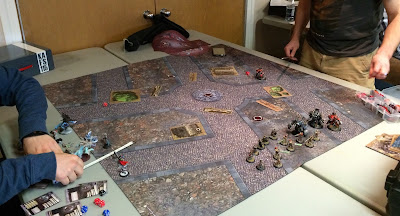 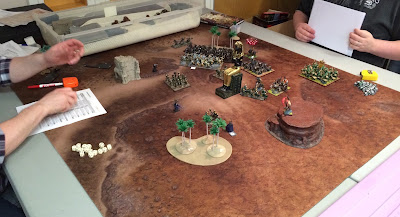 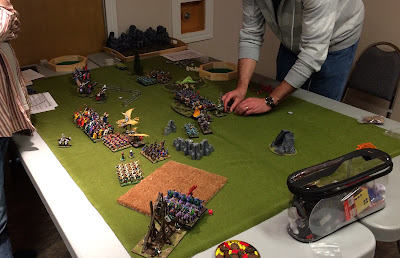 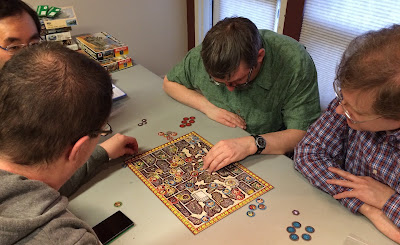 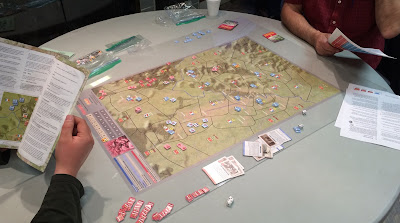 Up next: More Battlelore figures and an old Matchbox WW2 kit.
at 6:18 AM

Hi Bob, we are actually playing Cave Troll, which you have the photo of. We played San Juan aftewards

The Ides of March and not a Roman game in the lot?

This is the first year in almost a decade where our March club game night didn't feature some sort of Ancients game.

Alas, club planning has slipped some in recent years. I should have done CCA but couldn't be bothered to sort blocks in the time I had.