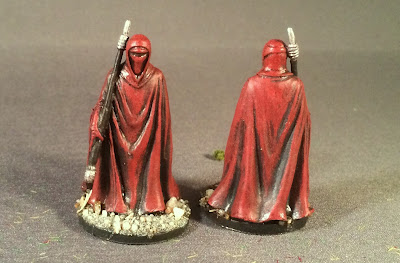 Up next: Well, more Star Wars is on the way. I have an AT-ST finished and I'm working on Luke, Vader and three imperial officers. It is also club night tonight.
at 5:00 AM