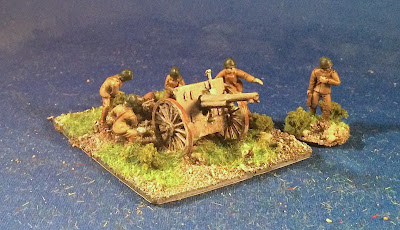 Up next: I have some WW2 Italian troops and infantry for North Africa almost finished along with some British 2 pounders for the desert. Not sure what comes next. Perhaps rebasing some more of Tim's lovely WW2 figures.
at 5:00 AM