I get a fair number of emails from folks (often parents of young kids) who ask for advice about how to paint 1/72 figures. This tutorial is designed to provide a step-by-step approach that is easy and quick to learn for new painters and gives a decent result.

Preparation: I cut figures off the plastic sprue with a sharp hobby knife. Mold lines are cleaned up with a sharp knife scraped along the line. Some folks recommend washing figures in dish soap to get any greasy mold-release agent off. This agent will prevent paint from adhering to the figure. I don't normally do this and only once have I had a problem with greasy figures repelling paint.

Assembly: Some figures require assembly (e.g., mounted figures often come with a separate horse and rider). I always assemble before I paint figures. The soft plastic that most 1/72-scale figures are made of does not glue easily. The best option is the Loctite plastic glue. It comes with a primer pen (you mark the surfaces you are trying to join) and a small tube of glue. The pen will outlast the glue and I use Loctite gel superglue with the pen once the original glue is gone.

Priming: Once the figures are clean and assembled, I then sort the figures by pose and glue them to a popsicle stick with bead of white glue. When the glue is dry, I spray prime the figures black using a cheap automotive primer. There are plastic-specific primers but auto primers seem to work well and give a gritty texture to paint on. To get decent coverage, I lay the figures on their side and spray once with their head closest to the can and once with their feet closest. I then flip the figure over and repeat the process on the other side. 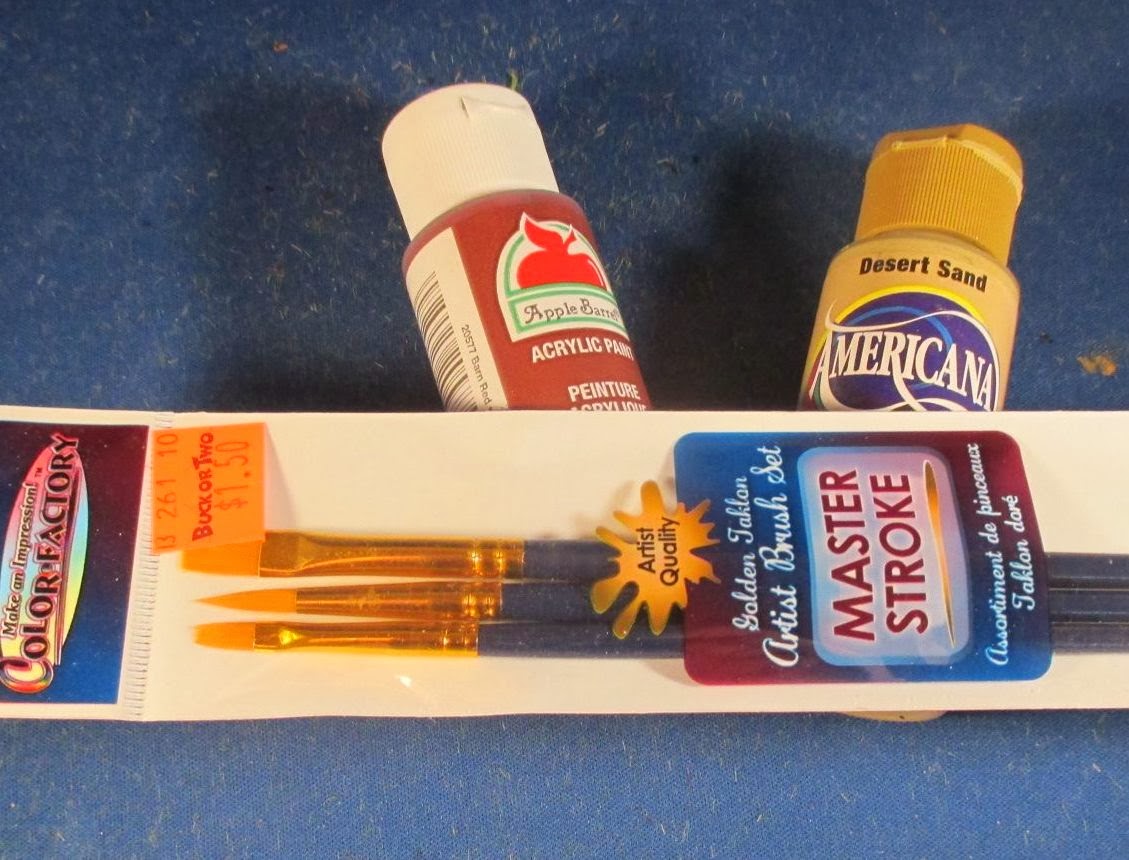 Paints and brushes: I use acrylic hobby paints from Michael's. There are a number of manufacturers such as Apple Barrel and Folk Art. I buy my brushes as the dollar store in packs of 3 (generally comprising a large flat, a small flat and a pointed brush). The bristles need to come to a sharp point or edge.

Initial painting: I normally start by blocking in the figures' flesh. This helps me "see" the figure better. Hands usually just get a blob of paint. I will spend some more time on faces, trying to apply paint to the large planes of the face (forehead, cheeks, chin, nose). This often leaves some black paint exposed to create a pronounced shadow. In the picture above, you can see the same technique used to define the torsos of the two shirt-less Celts.

Block painting: I think move onto blocking in the major colours on each figure (see below). I will also sometimes paint a bit of detail, like the rough wood slats on the back of the middle figure's shield. I happened to have that colour of paint on my palette so I decided to do that work now.

Detail painting: Once the colours are blocked in, I then add details. Lines are best painted by pulling a brush towards you (your muscles have more control when they are contracting). This means rotating the paint stick to get an optimal angle. 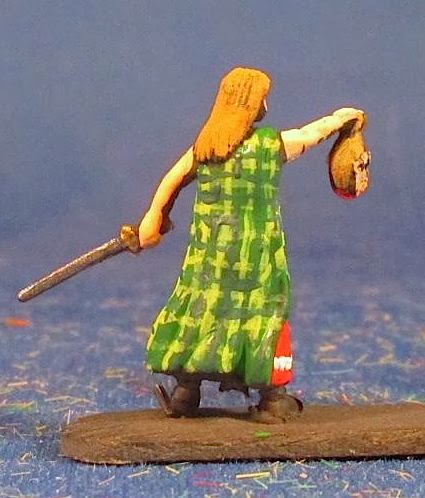 Some other detailing effects include layering paint. Here, successively smaller and lighter shades of paint are laid down on the raised areas of a figure to create a highlight. The guy in the orange jersey (below) is an example of that.

Sometimes I will add some detailed markings to shields (below, second from the left). I often add a line of contrasting colour at a cuff or a hem as a detail.

Magic dip: The magic dip is a wash comprising 1 part black/brown paint mixed with about 20 parts Pledge Klear with Future floor wax (sometimes just referred to as "Future"). Painting this wash over the figure darkens it and the colour runs into the recesses to create shadows. The result is dramatic.

Before (above) and after (below).

The magic dip will ruin your brushes to I always save an older brush to use for the "dip". The dip can also pool at bottom edge of a plane (e.g., bottom of a shield or a tunic). This can be prevented by waiting for the dip to pool there and then wicking the excess off. 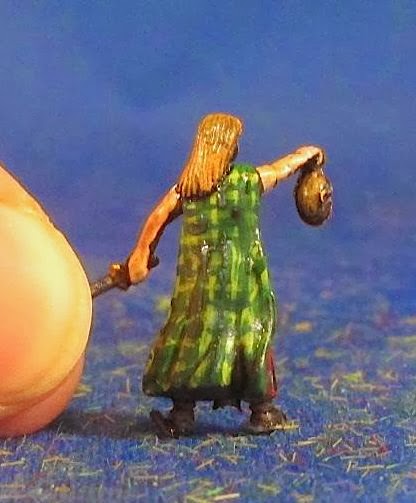 At this point, the figures are ready for basing. A gentle twist of the popsicle stick will usually pop the figures loose (although sometimes I end up using a knife).

Good post - your magic dip gives a good result. I must try it.

Thanks--yes, the dip is pretty amazing.

I'd like to add that with "magic dip" you need to paint the miniature much brighter than you'd like them to be as it makes them darker and more dull. If you paint them into the colour you'd like to get, then it will desaturate them.

An excellent article, I really enjoyed reading this, thank you for sharing

Yes. Alternately, you can seal the figure with clear future and, after it has dried, then use the dip. This prevents the wash from staining the paint. instead it just adds shadow in the recess.