Back at the beginning go the pandemic, I picked up an old Megablox aircraft carrier set (the USS Kitty Hawk). It had some 1700 pieces and I finally got around to building it this weekend. The final model is about three-feet long and is maybe 1/450 scale? 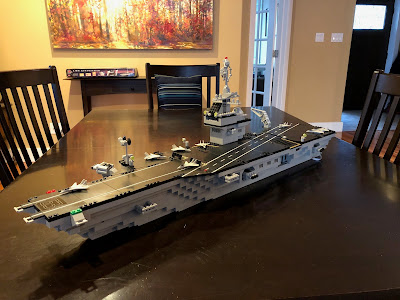 This was a bear of a model to put together and Megablox are almost, but not quite, as good as Lego. 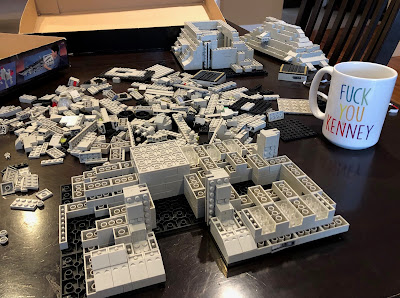 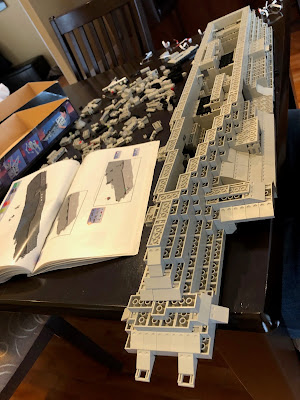 There were several places where the instructions included this icon (below). Which appears to be Brick for "this next step looks slick on the CAD rendering, but sucks shit in real life, sorry bro". 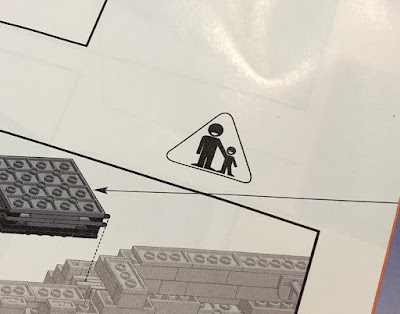 I had to call in reinforcements at one point because I was just out of gas and my hands were sore. 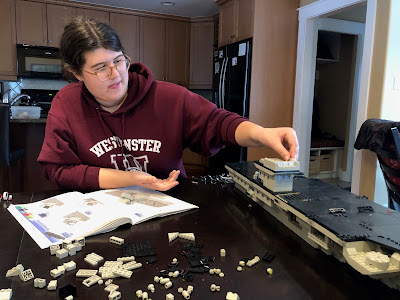 The decals on the model had been applied but then pulled loose (instead of being cut cleanly) when the model was disassembled. Some decals were okay (around the edges of the elevators) but the flight deck decals were a mess. I eventually stripped them, masked, and painted replacements. 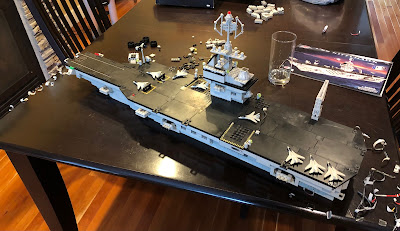 This kit really took me back to high school gaming with old Tente sets. We'd play 7th fleet confrontations. My teacher had two carriers (which were out of my price range!) so I played the Soviet side. And we lost and lost and lost. The US would always find us first and then pummel us with their air strikes until we'd finally spot them and send a ragged volley of missiles from what was left. 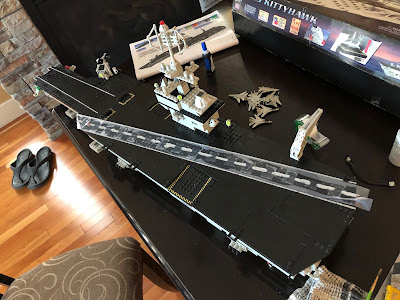 Until I noticed the US plan was always the same and used it to predict their search path and their location. We managed to get off two volleys before they found us. We brought glory to the Soviet empire that day, sinking one carrier while a second and an aegis cruiser had to be towed to port. Hope the flyboys enjoyed ditching their tomcats and hornets! That was also the last time we played, I think. 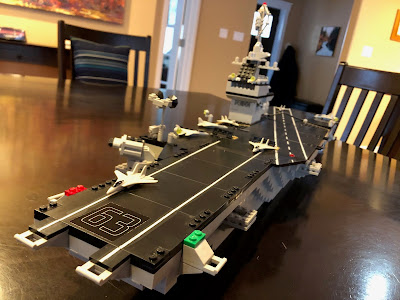 Anyhow, a fun throw back. Not sure what I'm going to so with this now though. 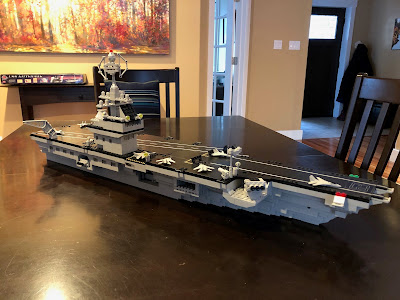