I had Richard, Terry and Scott over this past weekend for some 54mm AWI action. I chose Grant's attack at Long Island (the pinning action) as the scenario. 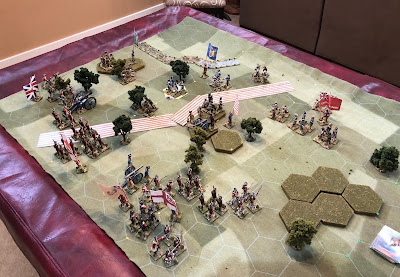 The British can gain a victory point by occupying the town and two points for the exit road hex and for the hill at the bottom right. The Americans can earn a single victory point for the two or the bottom hill. 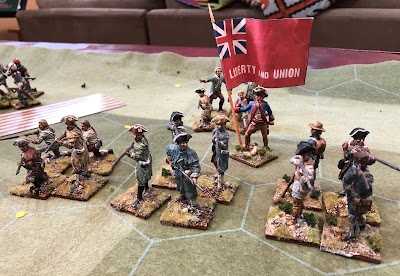 The American forces were mostly provincials leavened with two regulars and one group of militia. The militia (which are objectively garbage) fought irritatingly well in both games. 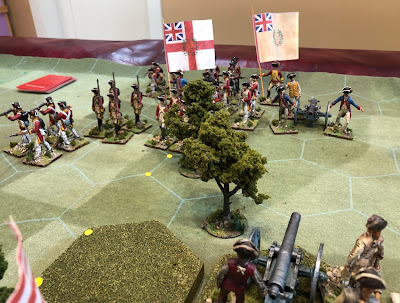 The British started with flank advances in game 1. This meant coming under the Rebel guns. 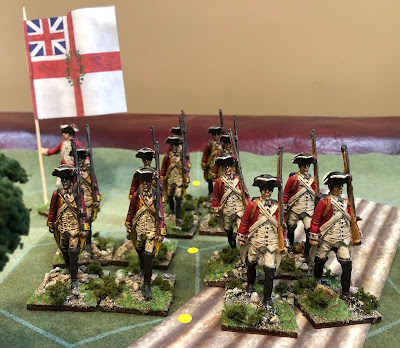 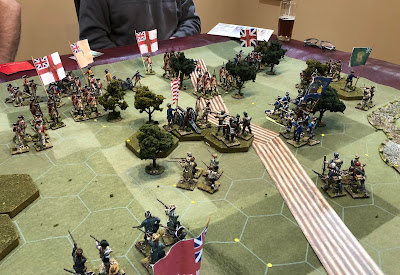 The British left foundered with no cards and a stout defence by the imperial guard militia on red ale hill. 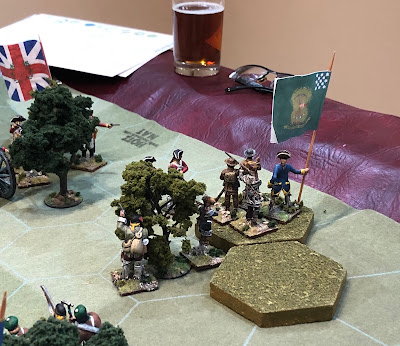 By mid-game, the British had taken a few causalities but had made little progress. 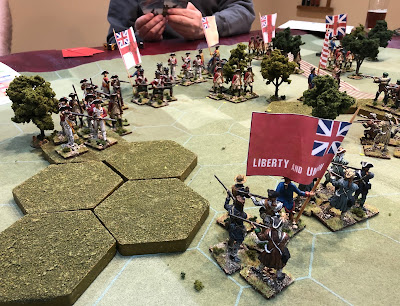 Eventually the highlanders charged the American gun and were repelled. The gun, however, was eventually broken, 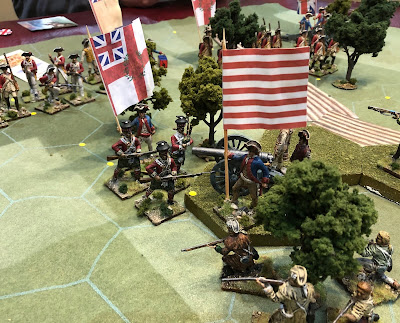 The British then worked their way around the right flank and started a push in the middle. 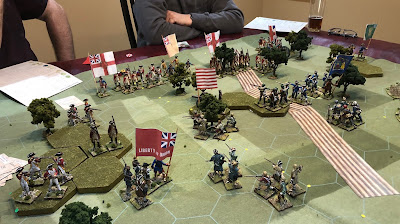 The Americans just couldn't hold off the weight of all of the regulars and, as the center collapsed, the British won 8-4. 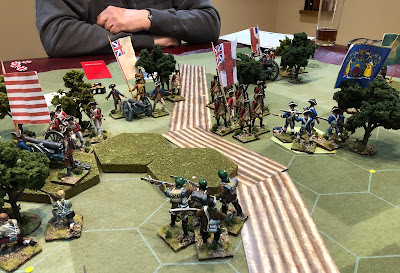 We switched sides to refight. The British again advance on the flanks and the rebels sniped at the British centre. 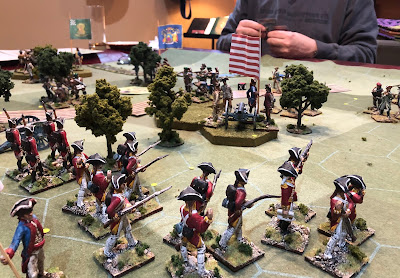 The highlanders would eventually rush the hill in the middle of the board, clean it out, and drop down into the rebel reserves! A lucky advance to the rear saved the unit and gave the British time to bring up the centre. 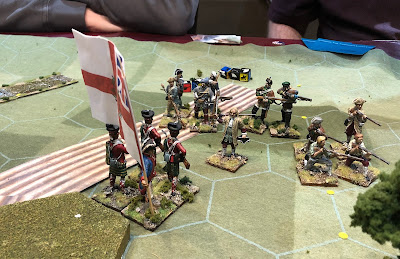 A series of lucky British cards pushed the Americans back in the centre. A valiant attack on the American left took two units (!) but the British just pushed ahead in the middle. 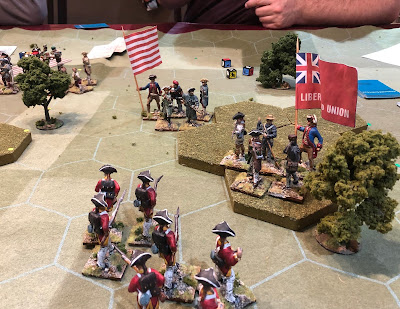 All of the command flags obscure the action but the British pushed the Americans out of the town and then started to clean up units for am 8-3 win. 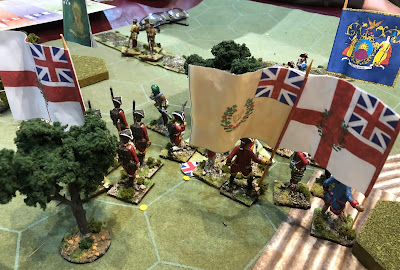 Overall, a good run through; I was happy we got to play both sides and to bring out Tricorne.
at 5:00 AM

Thanks--always happy get these guys out. Inspire some to keep painting. I have bunch of Hessians underway right now.