Last week, Bruce put on a couple of Napoleonic boardgames from the Napoleonic 20 series. We started with Waterloo. 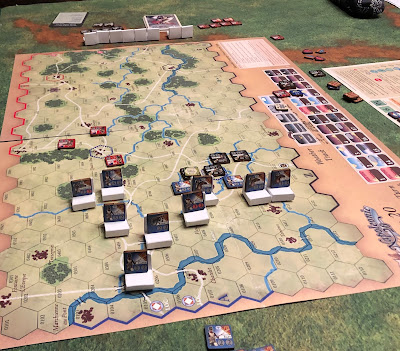 The mechanics are pretty simple but the real game is managing army morale (which you can degrade for tactical advantage). I've never really understood Waterloo (or cared to) so seeing it played out at the grand tactical scale with only 20 counters per side was very helpful. 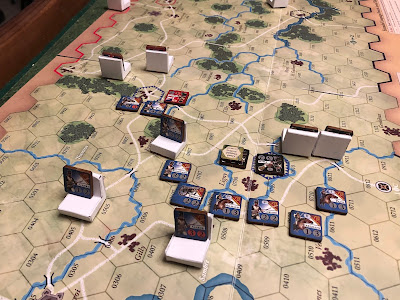 You can see me advancing on Day 1 to push Bruce back and bag a couple of important supply points. 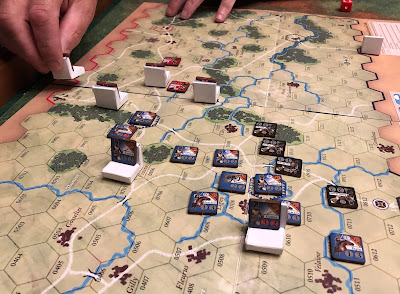 I let Bruce fall back, which gave him time to recover his morale (likely a mistake). The terrain in the middle of the board really constrained my attack options and let him re-form a defence. 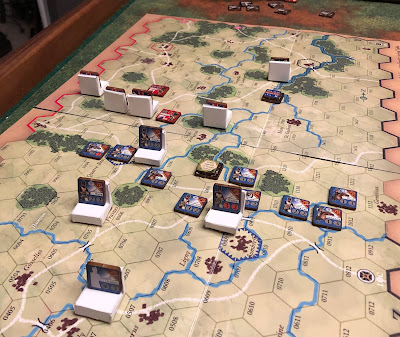 Eventually we came to blows again, with some lucky cavalry strikes on the right flank de-stabilizing his line. 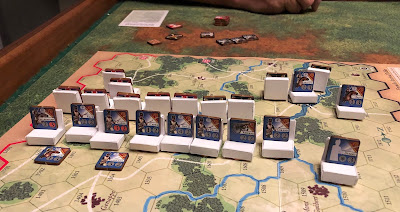 I think, in the end, I was able to degrade his morale and his units broke and retreated. 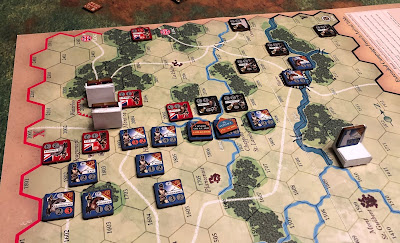 We then switched to the Russian front, with a Russian spooling attack running into a surprisingly large French force. 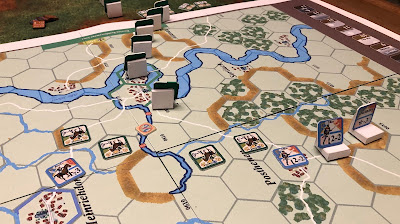 The Cossacks pushed the French back but eventually reinforcements arrived and it was possible to push the Russians and break their morale.

Very slick rules that took away the button counting that I hate. There are still the usual hex-and-counter gimmicks to think through but the low unit count means there are no stacks and limited ability to get three-on-ones.
at 5:00 AM