On my way back from a work trip, I took a detour to Fort Walsh, Saskatchewan in the Cypress Hills. This was more out of the way than I imagined (maybe an hour off the TransCanada highway) and involved some entertaining alpine driving (in the middle of the prairies!).

Fort Walsh has a nice interpretative centre (with canteen) up top that walks you through the Fort's history and purpose with a bit of background about the Cypress Hills massacre. You then hike down to the fort itself. You can go down the road (below) or the trail (end of post).

The fort is maybe 500 or 600 feet per side. None of the buildings are original as the fort was abandoned and its remains destroyed by forest fire. The site was later re-activated as a horse-breeding centre for the RCMP before being transferred to Parks Canada.

There are numerous buildings to explore plus costumed interpreters. It was cloudy and cold the day I was there but the parking lot was busy despite the remote location of the fort. 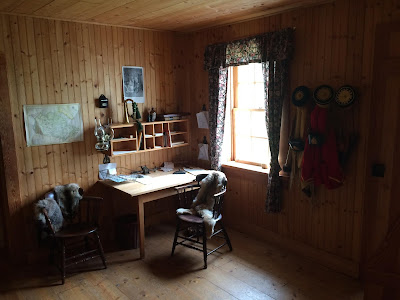 Above in the interior of the commander's house (I think). Below is a two-pounder inside the smithy (I think). 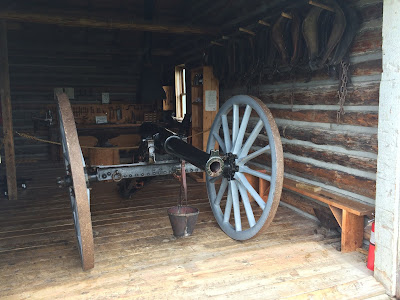 There are lots of barracks to walk through. 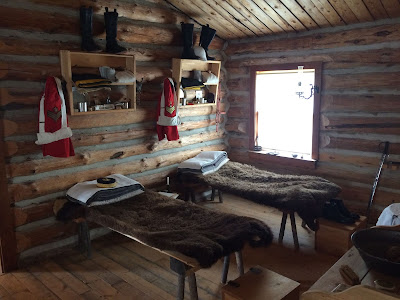 There is also a nice 1/87-scale replica of the fort at its peak. Sorry the shots are poor--the glass case and wicked reflections made shooting tricky. 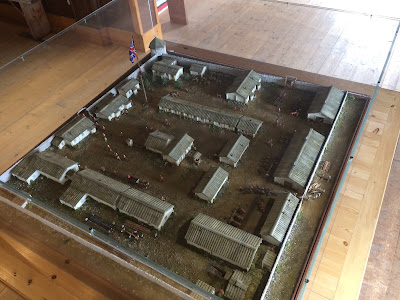 Outside the fort were a few teepees and some Metis buildings. The original fort had quite a boom-town spring up for a few years. The only thing left is a cemetery and some stone foundations. 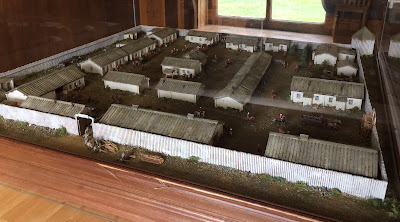 Below of the shot of the trail leading down to the fort. What is most striking (beyond the Cypress Hills themselves) is the isolation of this post when wagon train and horse were main transport mode. 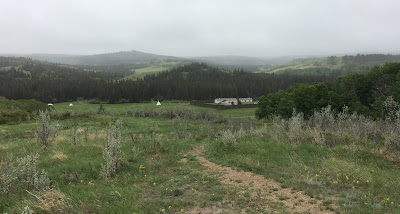 I'm pretty sure I wouldn't go back here (it was a long drive) but it was a very interesting side trip.
at 5:00 AM