I finished a mixed bag of miniatures this week. First up were two command bases of Reaper goblins to supplement my goblin armies for Dragon Rampant. Most of my troops are from Battlelore 1st Edition (so 15mm-ish). I bought some metal minis (right below) to create command stands and I tried to base them to match. They are a touch big but good enough (leaders are likely bigger anyhow).

I also finished off two random 28mm Reaper monsters I got in a trade. The pink thing has a lot of teeth and would work for Pulp Alley. 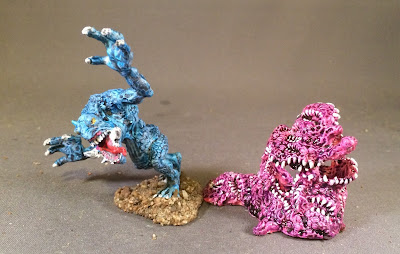 Finally, I finished the last two units of 54mm AWI militia. We have the white-greys below. Followed by the rust-buffs. Now not the cannons! 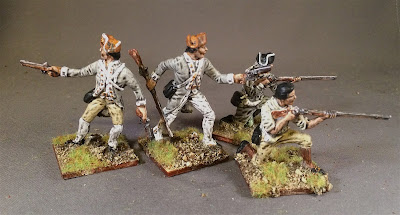 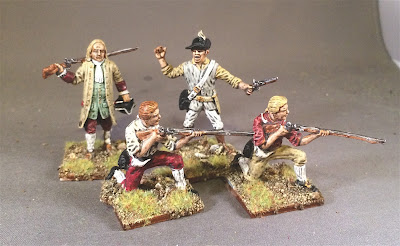 Up next: I have turned my attentions back to some more 15mm fantasy using some Battle of Westerros figures to create a borderlands army.
at 5:00 AM

Bob, you don't happen to have any 54mm civilian figures do you?