I missed Congo at the club last week so Bruce kindly offered a replay in his basement. 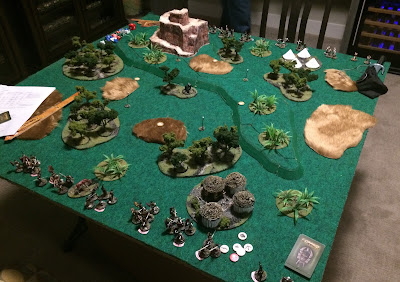 The objective was Kong. 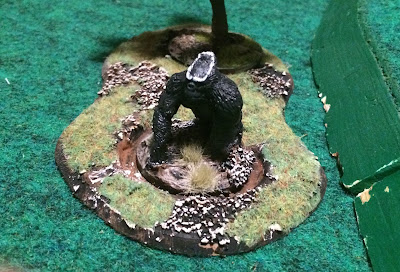 I play the locals and we had to capture Kong (i.e., knock down his hit points to zero) before the visiting team did. The trick of that was Kong attacked anyone who attacked him and got weaker as his hit points declined. So my plan was to let Bruce grind Kong down and then swoop in. 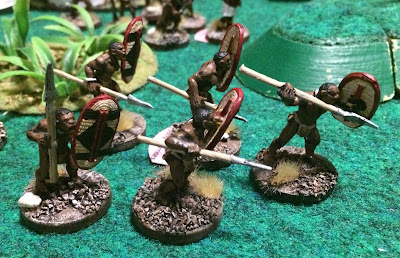 Bruce play the visiting team, a mixture of locals and some ringers plus Tarzan. 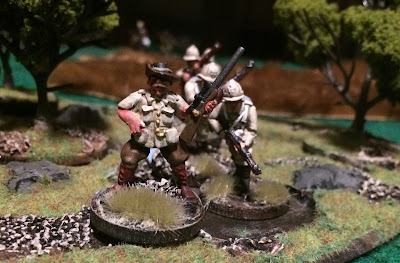 We advanced from the corners towards the ape in the middle (Kong's movement was limited). Below you can see some of Bruce's shooters moving up to Kong. 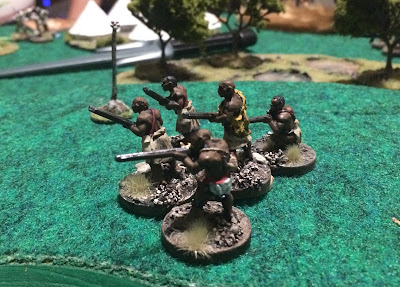 Kong then jumped ahead and no more shooters. 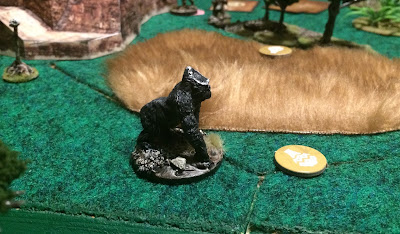 Bruce's rolling was true to form (perhaps Scott is contagious?). 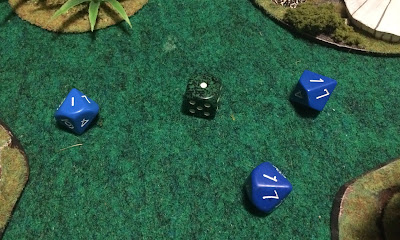 Near the end of the game. My guys in foreground with Kong while Bruce advanced down off the ridge. My reinforcements are just out of frame on the left atop the ridge. 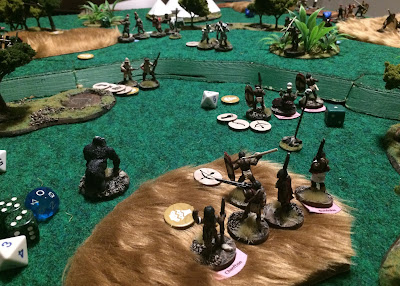 They were the scary cannibal unit and despite some stress, were pretty powerful by this point of the game (other units being badly attrited). 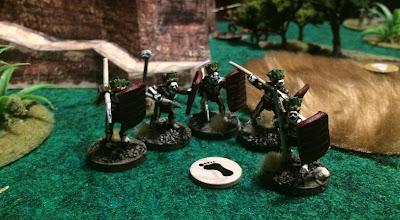 In the end, my shooters and chieftain managed to sack Kong and win the game. Mostly thanks to Bruce's poor rolling. 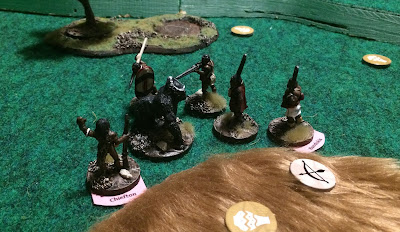 Overall, a slick little game. Mechanics are simple and there are tough choices in which cards to use to activate (I could never do what I wanted) as well as how much stress to risk to shake off hits and how much time to spend shaking off stress.
at 5:00 AM

Nice report, a splendid table and some beautiful figures!