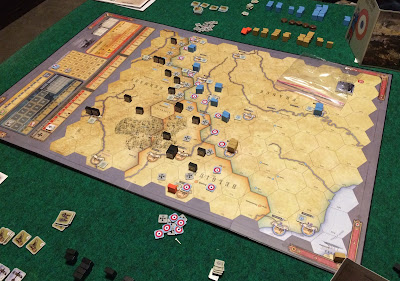 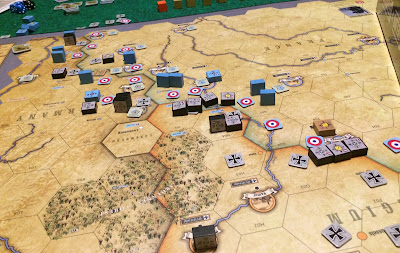 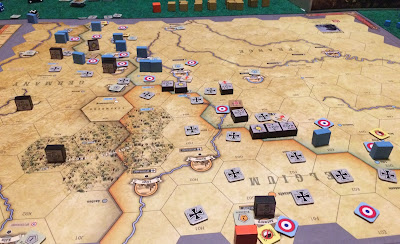 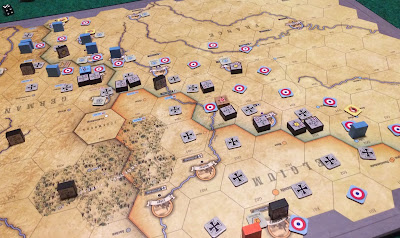 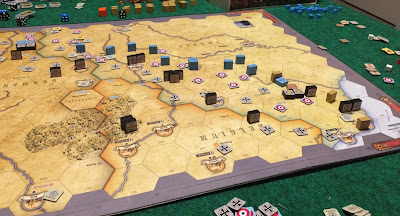 Overall, pretty interesting. The first turn was slow as we worked through the mechanics. Then the game speeded up and I think you could play one turn every half hour or so. The political and economic game is nicely tied together with the battle mechanisms. We're going to give it another go this week. The full war would be probably a five-hour game and I was happy to not have to invade through Belgium on our first go (outcome is obvious).
at 5:00 AM

Thanks for the information. How long did it take to play out to conclusion? Robin

I think we played four turns of this scenario in 2.5 or 3 hours. We tend to play pretty fast (no long pauses to work out the maximally effectively move). I don't think we got all the way to the end of the scenario, but the outcome was clear. Full game is likely 5 hours.