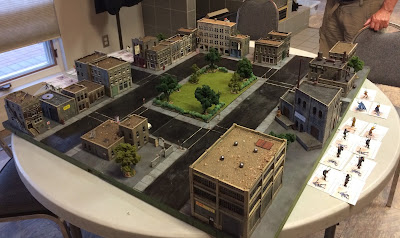 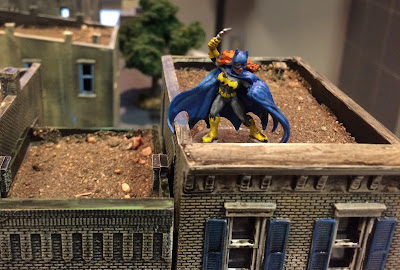 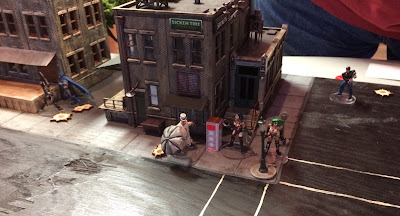 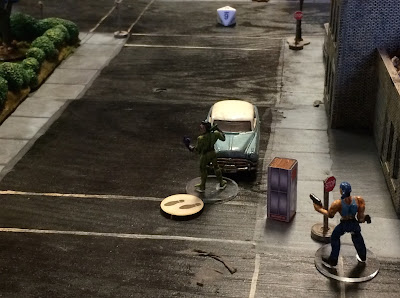 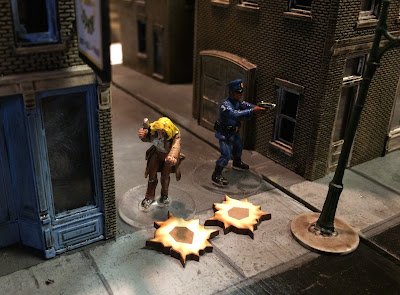 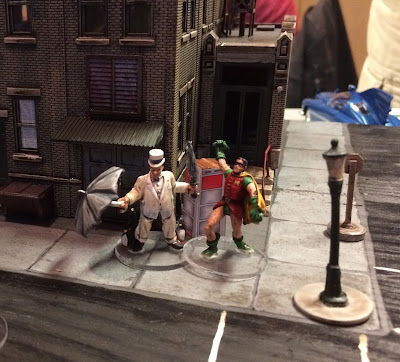 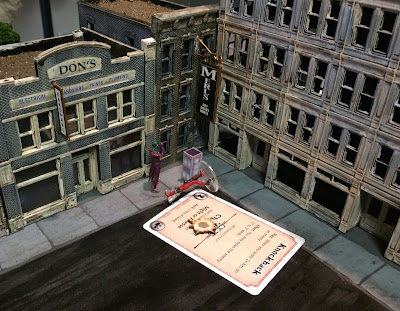 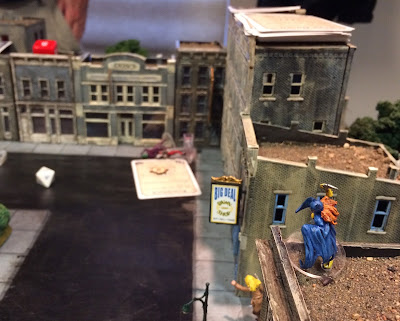 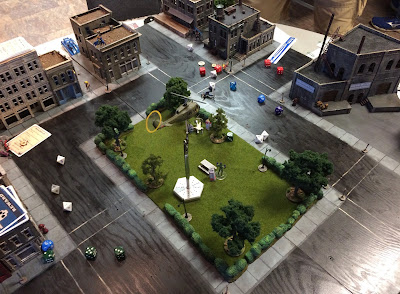 In the end, we called it a draw based on pointing out the victory conditions. Thanks to everyone for playing and to Bruce for bringing the tokens, rules, and helo as well for walking us through the rules. I didn't get any good shots of the three (!) other games that ran.
at 10:26 AM

Very nice setup you have there and an interesting write up of the game.

Thank Lee--I worked on the buildings for a long time!

Definitely had fun in this game, hope to see more of it! I think as far as superheroes go, Batman is likely the best candidate for a Pulp game, using gear more than powers!

Thanks. I think I need to matt seal the table top--the streets have quite a wet glare to them!

Thanks--I agree, low-powered heroes are the way to go. I think the scenario could have had a touch more interaction between the sides (basically we had three un-related brawls in the corners). But that reflects my first outing with the rules n terms of scenario design. I'll do better next time!

Holy gaming terrain, Robin! That is one beautiful table set-up.