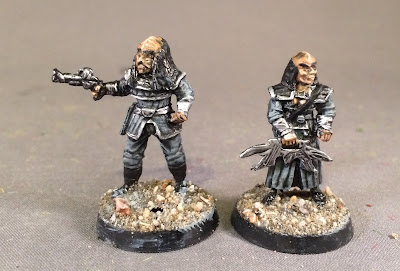 Up next: I might get back to some 54mm AWI as I await the delivery of the Romulans.
at 7:24 AM

Hey! This is my 1st comment here so I just wanted to give a quick shout out and tell
you I truly enjoy reading through your blog posts. Can you
recommend any other blogs/websites/forums that
go over the same subjects? Many thanks!

There is a blog role on the right of your screen of friends' blogs that are similar. If you want Star Treks specific, you need to google for that.