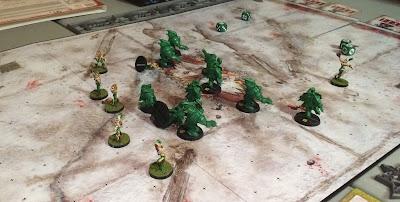 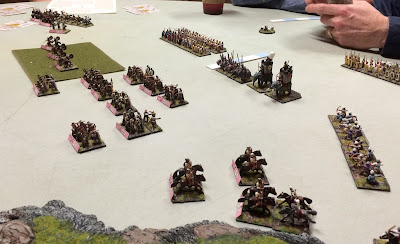 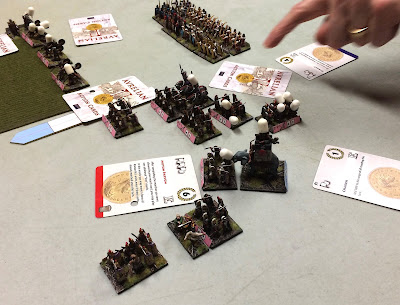 Aurelian looks interesting. I had not heard of it before.

I think you flatter us - you didn't mention the seriously random elements of our cardplay and our failure to appreciate the huge risk of unprotected flanks! Lessons learned.

Good fun though - I will have to bring this out to play with my 28s in the New Year.

It is a nice middle ground between DBA and CCA. Requires a fair bit of thinking about card play than CCA (tough decisions) but slightly less fiddly about table top positioning than DBA. You could use you DBA or HOTT armies.