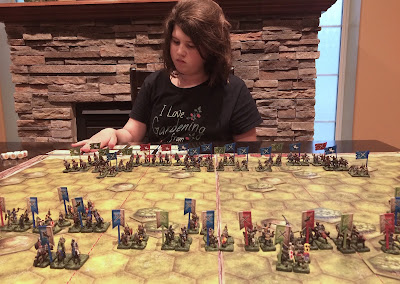 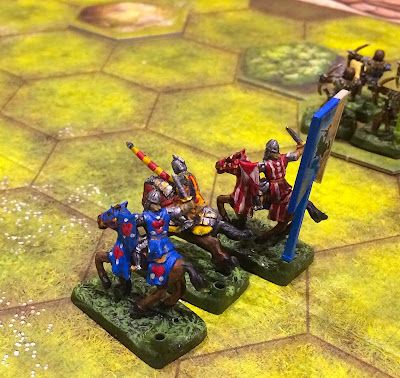 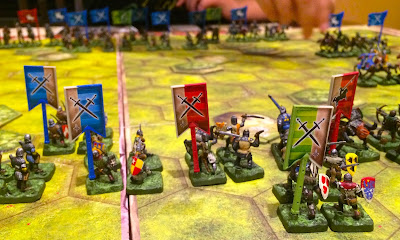 Up next: I have about 50 more dwarves to finish. I'm doing them in a giant lot production style. I am also hoping to get these figures out again shortly for a game of Dragon Rampant.
at 10:42 AM

looks fabulous with all the little guys painted!