Merry Christmas!
The job-lot of 25mm ST:TOS figures by Heritage included a handful of Romulans. I tweaked the paint job and based them.

I had purchased some Victory Force Miniatures ST:TMP Klingons a few years ago and painted them as Romulans. I hauled them out, touched up the paint jobs and marched the basing. 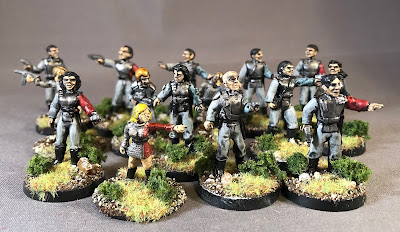 I also finished adding some hair to the Harry Kim (ST:VGR) figure (an old Wesley). I could not get a decent shot but the result is much better than this photo suggests. 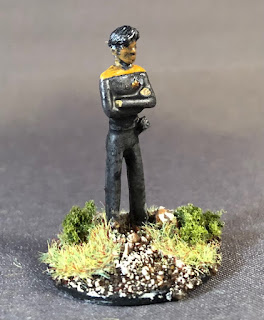 Up next: Maybe some Star Wars or maybe some Crimean War figures. We'll see.