Bruce popped over Tuesday for another go at some 1/600 planes using a modified set of c21 airway rules. Our first game saw two flights of MiG 19s assigned to down some Skyraiders. 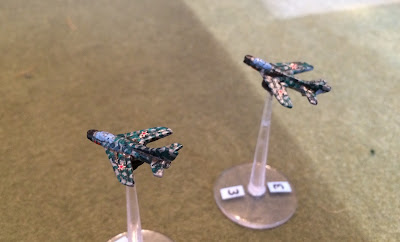 The Skyraiders were on a pre-programmed flight. Bruce flew a pair of Phantoms on CAP. 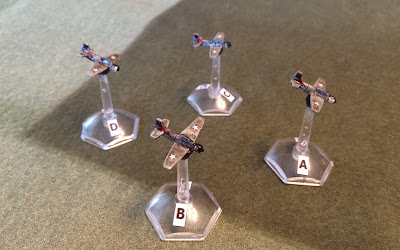 This started out well for the North Vietnamese as I actually managed to get in behind the ground-attack planes. But then I could not make a maneuver roll worth beans and Bruce managed to splash two MiGs. I got two skyraiders in the end but it was a pretty clear US victory. 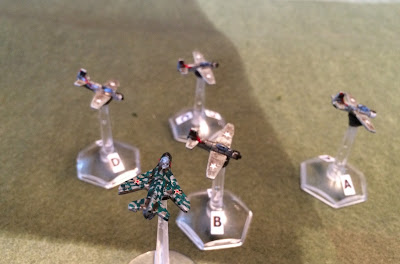 We then switched the WW1 biplanes. Germans escorting a bomber formation against a bunch of nasty Brits. 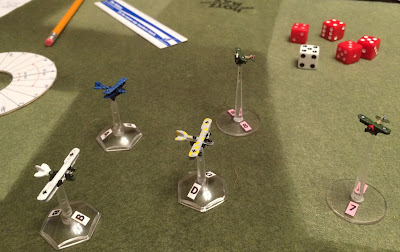 I had more discipline this game (and less tendency to over fly the target). I think Bruce got a bomber but paid pretty heavily against my escorts. 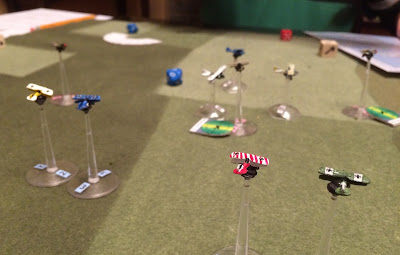 Overall, the modifications are pretty good. Dropping the cards has eliminated a lot of the tedious guess work. We talked about making shooting in close range a touch harder but otherwise I would say these rules are ready for prime time.

What rules are you using please?

Bruce has modified C21 Airwar. He kept the initiative system but ditched the maneuver cards (replacing them with a much smaller set of maneuvers that you choose when activated).