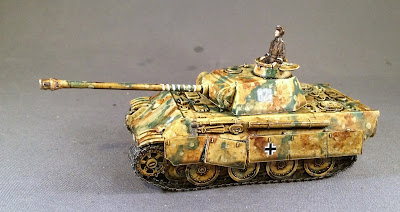 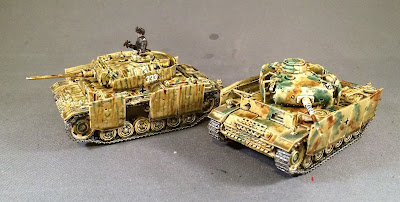 Up next: A game of Memoir and then a Russian SPG and a US half track. After that, who knows?
at 2:57 PM

Thanks Tim. Been awhile since I have painted any camo. I think the stripes was less successful than the blobs.