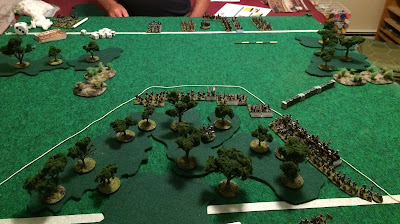 Another interesting game, with lots drama and the armies are evolving in interesting ways. Looking forward to game three!
at 7:01 AM