I'm planning a Hallowe'en themed Pulp Alley game for the club so Bruce was kind enough to refresh my memory of the rules with a gangster-themed game. 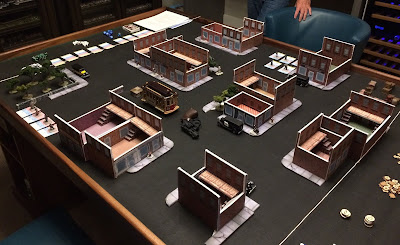 Scenario was gangster boss was trapped by the cops in the right corner of the table while his gang arrived on the left. Game was won on points with minor plot points and downed characters giving a single point while the bosses were worth three points. 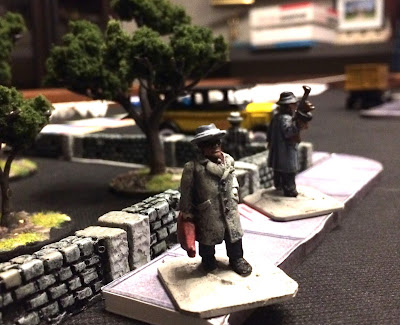 The first thing I did was use my boss to shoot at Bruce's boss. This had the effect of causing all of the roaming civilians to flea, which totally screwed up my game plan. Duh. 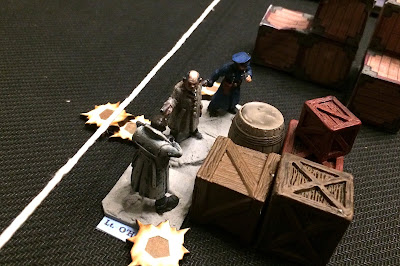 Bruce them tried to sack my boss. Maddog fought off the coppers and then started a game-long retreat across the board using his dodging skills to avoid hits after hit. 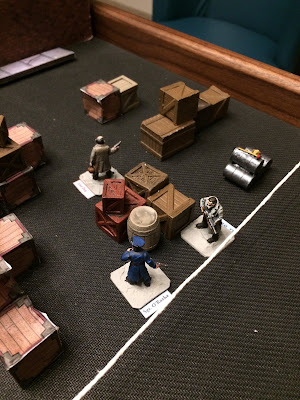 Mid-board, the yokels tanged over plot points, with Bruce getting the upper hand here. 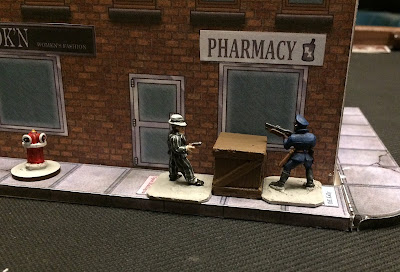 I managed to claw my way back by greasing some coppers and successfully completing a challenge (searching their bodies, we guessed). 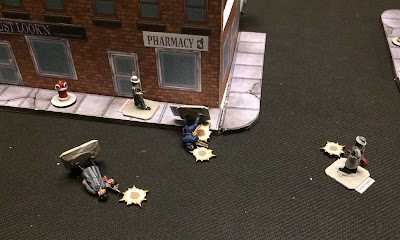 The trolley circled the block, adding the potential for some fun. Bruce was less blood thirsty ("so we'll say the trolley stops for pedestrians?") than I was. Below, MadDog managed to get to some cover behind the trolley while his goons enfiladed the cops. 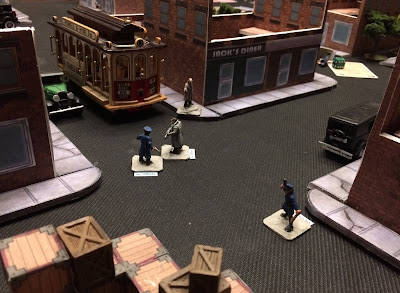 In a glorious move, MadDog rushed out to grease the last of the coppers but then walked into a wall of buckshot to give the game to Bruce. Oh well! 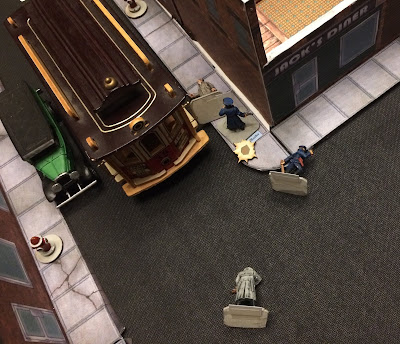 A good game. I liked the moving terrain effect and Bruce lent me his horror card deck so I can use those rules. Now if only my not-Lego haunted house would arrive!
at 5:00 AM