This week I finished up some 54mm French infantry for the expansion Tricorne that is currently being developed. Finding affordable troops has become a bit of a hassle since ATKM closed their doors. For the French, I eventually bought possibly the last two boxes of HaT SYW Prussians on the planet. 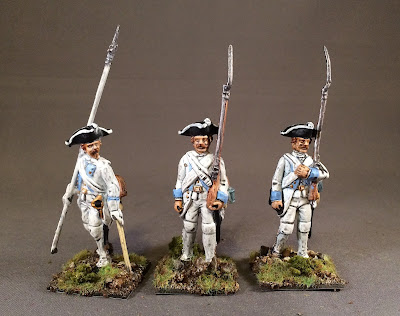 The uniform book I took out suggested white uniforms (as above) with blue musicians (as below). The Hat Box contained interchangeable Prussian hats but I went with all tricornes. 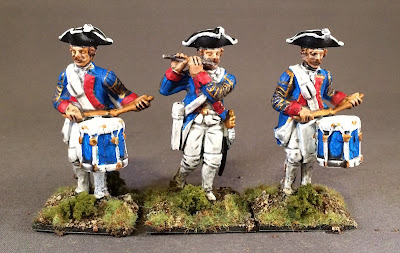 The rules appear to give French regulars an extra block so these will be five-man units. Depending nohow many I need to field, they might have musicians in the mix. 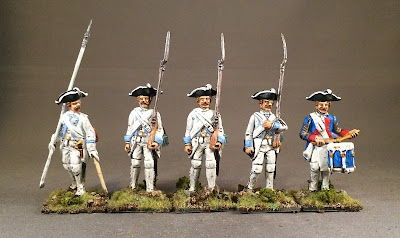 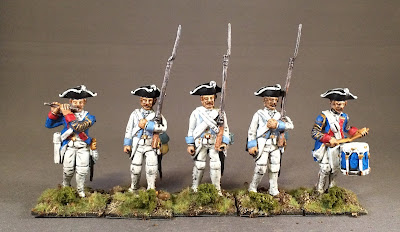 Or they might be all troops and officers. I have 10 guys done and about another 30 to go. There are enough figures in the one box of troops and one box of command to meet most of my French needs. Just need to sort some marines and cavalry. I wonder about Zouaves as marines (with some putty and paint?). 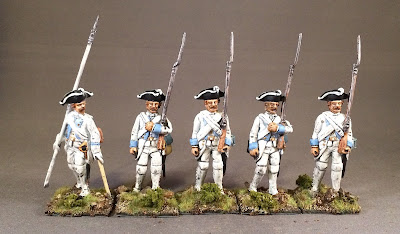 I also finally finished some bushes. I bought a sheet of plastic plants at the dollar for $2 (instead of $25 at the GW store) and used half to make 50 shrubs. This gives me some an understory for the railroad trees I have. 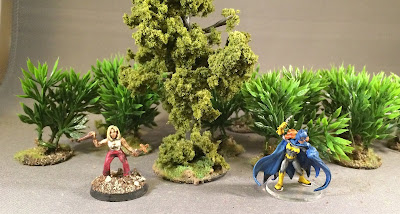 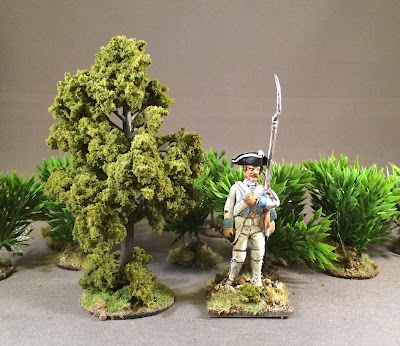 Up next: Probably some more 54mm French. Maybe some zombie dogs? Hard to say.
at 5:00 AM

Thanks. Not perfectly historical but I'm happy enough with them!

The guy on the far left in the top pic: "hey guys, why do you have guns and I have a spear?"