This summer we passed through Nanton, Alberta on our way to a family vacation in the mountains. I'd recalled that Nanton housed the museum of Canada's bomber command. My wife's uncle was a tail gunner in a Lancaster so we decided to stop in and see what the museum had. 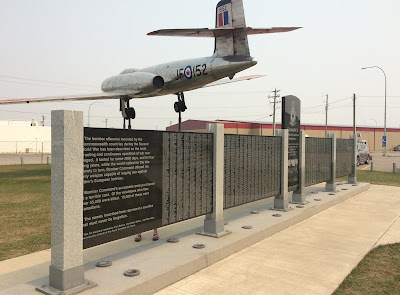 Outside there are the usual "planes on a post" but also a very moving tribute to the 10,000 Canadians killed in bomber command operations. We were able to find her uncle's name. The sheer number of names is quite staggering (both sides of the monument above). 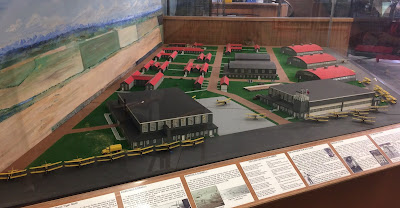 The museum inside was pretty interesting. The only exhibit picture I snapped was of this 1/72-scale model of a training base in nearby High River.

From the museum, you enter the hanger, which is full of planes. Some you can climb into (Jessica is inside the front fuselage of a bomber created for a movie). I was a touch too big and stiff to get in there myself. 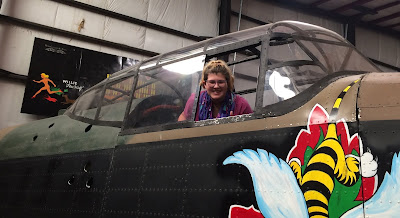 The largest plane is a Lancaster (which still runs) set up with a dam buster bomb hanging below.

There was also an ME-109. I was surprised by how big the fighters were and how small the bombers were (relative to each other). The 109 was a big plane. 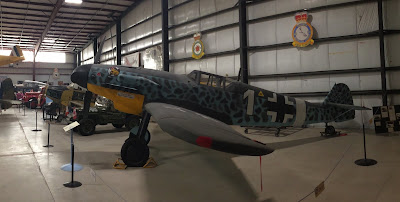 There were also several trainers, commemorating the role played by Canadian training facilities. 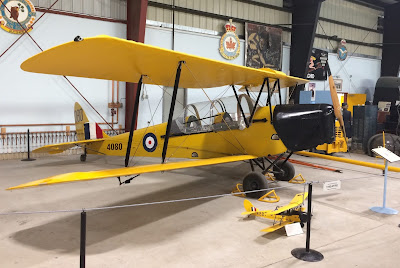 Even with the adjustments made for tourists (e.g., stairs, equipment stripped out), it was a tight squeeze. I can't imagine doing in the dark, in -40, with all four engines howling. 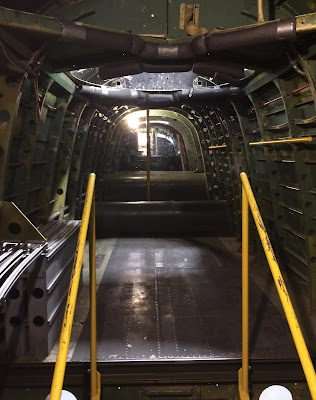 Although access to the tail gunner location was blocked off, there was zero chance I would have been able to squeeze into the slot. Talk about a lonely posting. 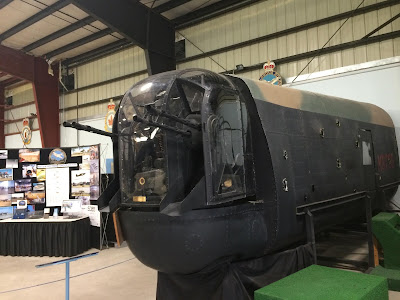 We also passed through Vulcan, Alberta and stopped at the Star Trek Museum (which was most a giant gift shop with some cardboard movie cut outs and some old Trek toys. 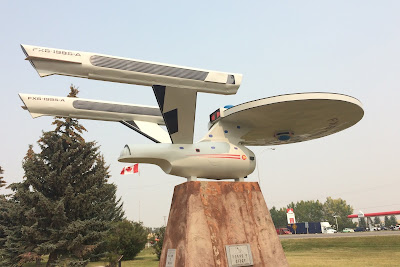 Good point about how big / small the fighters are. I've been up clsoe with a Stuka and the are much bigger than you'd expect!

Sounds like a great trip all around Bob, nice way to end the summer eh!

Last time I was there, they had a civilianized 262. That's a good looking plane.