I made some more progress with the AWI French, finishing off two more units of regulars. 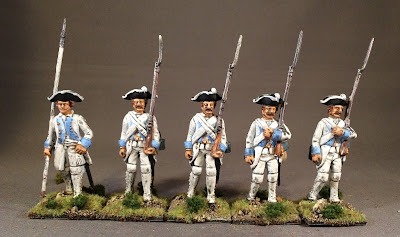 These are HaT 54mm SYW Prussians with some white paint in lieu of blue. 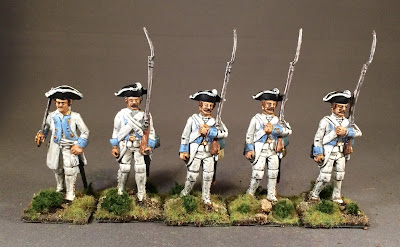 Basically nice figures that are super useful. The officers have a couple of poses (basically you can vary the arm and weapon). 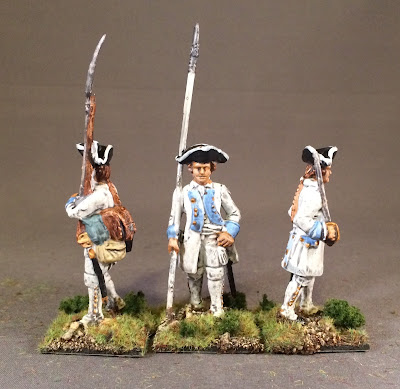 In anticipation of the upcoming Zomtober painting, I also painted up 20 zombie dogs from a Zombicide set I picked up from a friend.

The sculpts are okay for game pieces. The hairy dogs could do for werewolves as well. They scale nicely enough with the 25 and 28mm pulp and horror stuff I have.

Up next: Likely the rest of the 54mm French, including various officer, musician and flag bearer poses.
at 5:00 AM

Thanks Dean; me too. Just got a bunch more of these in the mail to fill out the ranks a bit!