I finished off the two boxes of 54mm HaT Prussians I managed to find this summer. These will round out my French regulars for the upcoming expansion to Tricorne 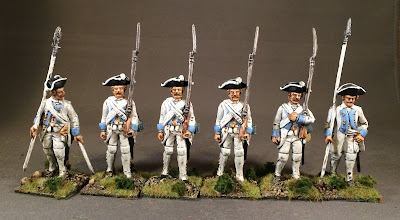 I also finished three flag bearers (which represent generals) and three musicians (which are just infantry). There was no national flag of France in this period and of the French flags I found, these were the ones I liked the best. 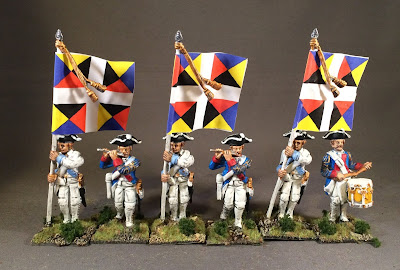 Al from HaT just emailed to say that he had found me some more boxes of these figures (both standing and advancing) so I will be using them to replace some Prussians as well as complete the French foot. Just need to find some suitable mounted figures.
at 5:00 AM